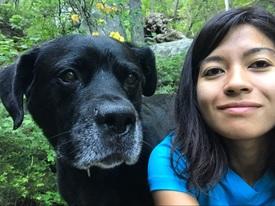 Judes525 Member, Premium Posts: 3 Member Member, Premium Posts: 3 Member
in MFP Suggestions/Feedback
I pay for premium but there’s a bug in MyFitnessPal where it UNDERCALCULATES my calories for the day and tells me I have more calories to eat. Look at the screenshots: I went over on my protein goal, met my fat goal exactly, and have 1 gram of carb left to eat. And yet it says I have 126 calories left??? 1 gram of carbohydrate is 4 calories. What exactly are those 126 calories supposed to be made of if not carb, protein, or fat?! 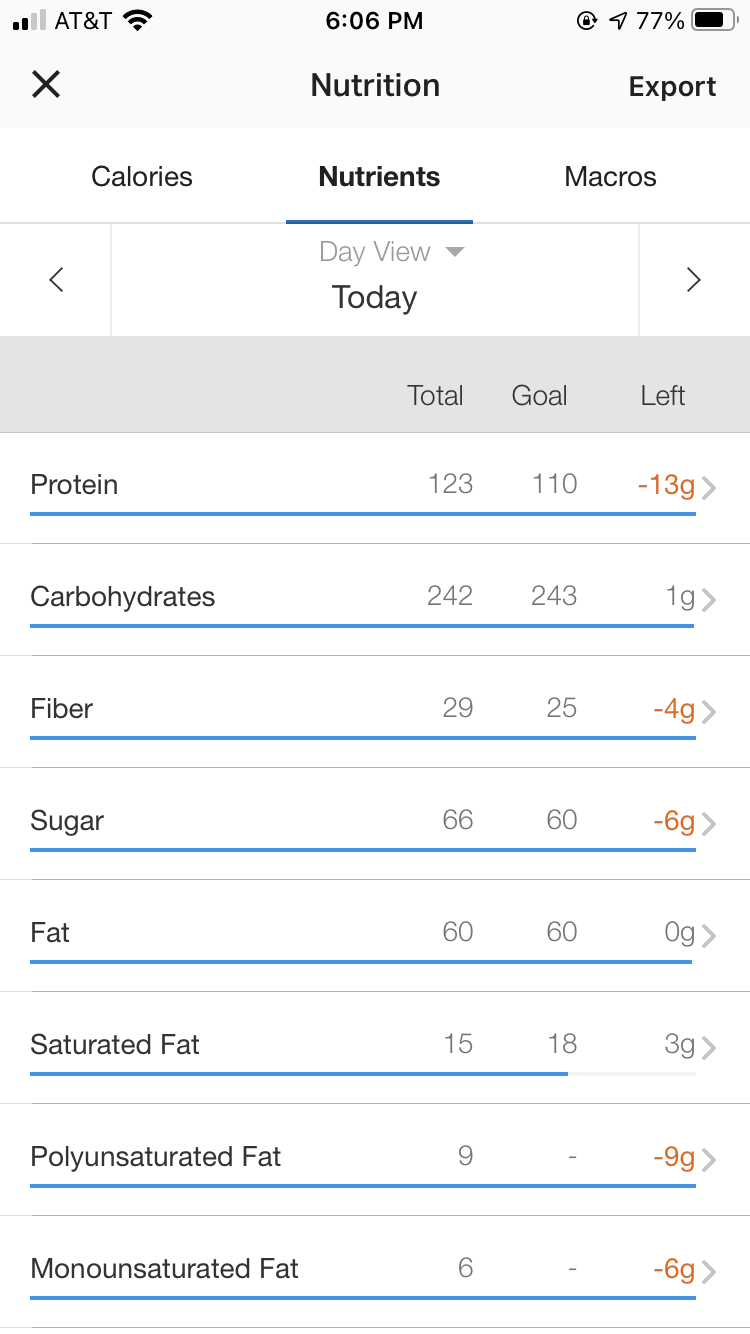 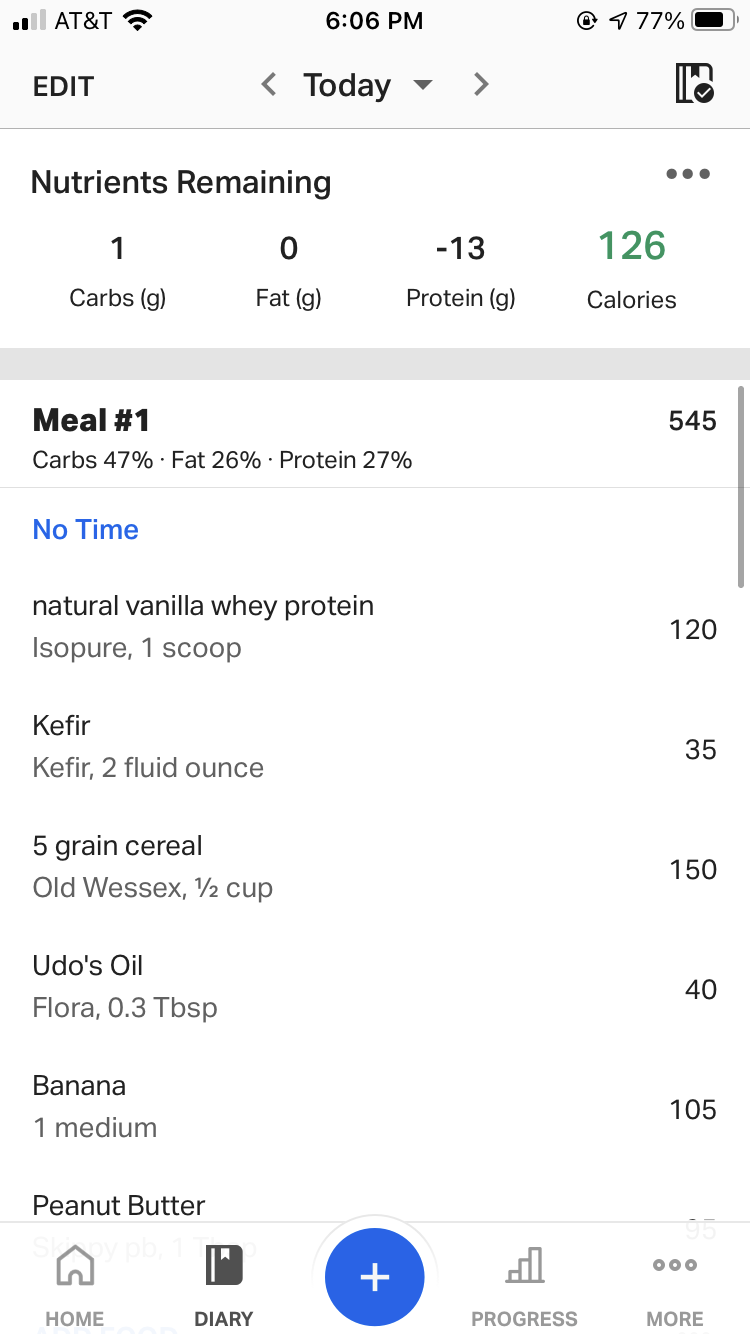