REQUEST: Can you switch the placement order of the “heart” and “disagree” icons in the community? 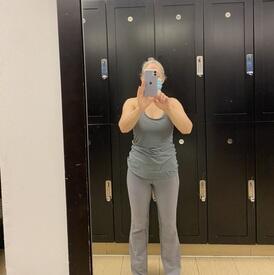 PatriceFitnessPal Member Posts: 422 Member Member Posts: 422 Member
in MFP Suggestions/Feedback
Many people seem to accidentally select the “disagree” icon when scrolling through the Community forum threads. My guess is that they are using the thumb on their right hand to scroll down and see comments that are lower on the page. If the heart and disagree icon are switched, the mistake is less likely to result in hard feelings.

Thank you for all your work to create an app that is intuitive, easy to use, and supports so many people in reaching their goals! If you can’t make the change, no worries; but I thought it was worth a try. I appreciate the work you do!
August 10, 2021 12:02PM edited August 10
12
«12»