Diagnosed/Living With PCOS? READ ME! 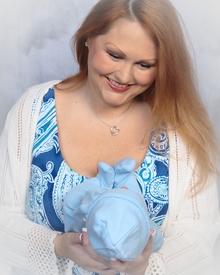 Miss_1999 Posts: 747 Member
September 2014 in Health and Weight Loss
Ok, ladies! I know there have been several women in the short time I've been here posting about PCOS, asking questions, and many of which regarding Metformin. I'm going to post a guide here, with symptoms of PCOS, and the various forms of treatments that have been prescribed by doctors, and questions asked by newly diagnosed cysters.

First, I'll tell you briefly about myself. I was diagnosed in 2003, at age 24. I'd spent my entire life overweight. There is absolutely NOTHING I hadn't tried. From counting calories, South Beach Diet, Adkins, and in high school (by NO means am I advocating this---) I restricted my calories to no more than 600 a day, while taking step aerobics EVERY night- Monday thru Friday, and EVERY Saturday morning, my Freshman and Sophomore year. I was desperate to be a cheerleader. I was the "fat cheerleader" in middle school, and there was NO room for a fat cheerleader in high school. Ask me how much weight I lost in those two years? Not ONE SINGLE POUND. Nothing. Absolutely. NOTHING. It was after I had a pilonidal cyst in my back, and told there was no way I'd ever be able to cheer, play softball, volleyball, or any other sport I wanted to, that I simply gave up.

I stopped with the calorie restriction and began to eat normally again. I gained roughly 50lbs within a year. My weight only began to balloon from there. Every year after high school, no matter what I did, no matter how hard I tried- walking religiously, going to the gym, weight would NEVER come off. I avoided doctors like the plague because all I ever heard was "lose weight!" Yeah, that would be great! I'd LOVE to, how do you do it? I was walking between 3 and 5 miles a day, eating maybe 1100 calories a day, drinking ungodly amounts of water, and GAINING weight.

By the time I reached 24, I was 400lbs. I was sick. VERY, VERY, sick. I hadn't had a period in over a year, had tons of skin tags, dark patches of skin around my neck and between my legs, excess hair growing in places I didn't want it, most of my hair had fallen out, to the point where I was having to wear clip on hair, I was sleeping 16 hours a day, and was STILL exhausted, and the kicker- my blood work was terrible. My insulin levels were sky high, testosterone was through the roof while my estrogen was extremely low.

I'd been given a diagnosis of PCOS. FINALLY! There was a NAME to what was wrong with me! There was a REASON WHY I wasn't losing weight!

I explained to my OB/GYN all of the things I'd done to try to lose weight throughout the years, including a low carb/high protein diet- which is the first treatment for PCOS. This obviously did NOT work alone for me. So she took the next step of prescribing me Metformin ER.

After I began the Metformin ER, I became violently ill after eating. I often threw up, and needed to be near a restroom. It was difficult being on this medication, there are no two ways about it, but I wasn't giving up! I wanted to live! Unfortunately, the Metformin ER alone, wasn't doing the job it needed to do, even with increasing the dosage. My insulin levels weren't coming down, even with keeping to my low carb diet. They were still climbing, and I was extremely ill.

That's when I became a guinea pig for the diabetic injection Byetta. This drug literally saved my life. Byetta in conjunction with Metformin ER is the reason I'm alive today. I was dying when I began these medications. I'm not going to tell you by any stretch of the imagination this has been or is easy. It's not. It's not the first stop for anyone. I most likely, have lived with PCOS, my entire life. Had I been given a proper diagnosis when I was much younger, and some type of treatment- be it a proper diet, or if I did need medication back then, the right medication, I may not be where I am today. I choose not to dwell on this fact, but to be thankful that I have a treatment, and that I'm alive.


There is hope, and there are a wide variety of treatment options available to cysters from natural and simple changes in diet, to the medicinal route.

Here are some signs and symptoms of PCOS:

*Dark Patches of Skin Under the Arms, Between The Legs, Around The Neck


What are some of the treatments for PCOS?

*Change in diet- A lower carbohydrate/higher protein diet is typically recommended for women who are living with PCOS.

*Exercise. Getting out and being active. Any activity you can do, be it walking, swimming, yoga, zumba, dance, weight lifting, riding a bike, going to the gym- eating a healthy diet along with exercise often the first recommendation for women with PCOS.

*Cinnamon Supplements- This is what is known as the "natural alternative" to Metformin.

*Medications such as Metformin/Metformin ER and Januvia. These are diabetic medications that are often prescribed to women with PCOS who are suffering with insulin resistance. These medications help your body to better absorb and utilize your insulin more efficiently.

FAQS for Januvia can be found here: http://www.merck.com/product/usa/pi_circulars/j/januvia/januvia_pi.pdf

*There are cases where an additional medication may be needed- such as Byetta or Victoza. These medications are NOT typically first choice treatments by physicians for women living with PCOS. These are typically given after diet and exercise changes have been made, along with other medications and no progress has been made. Byetta is a twice daily injection intended for the treatment of Type II Diabetes, while Victoza is a once daily injection intended for the treatment of Type II Diabetes. Both of these injections have "off label" uses, much like that of Metformin/Metformin ER, and Januvia for PCOS. When the prescribed injection is used in conjunction with a medication such as Metformin/Metformin ER, or Januvia, along with proper diet and exercise, it allows for optimal production and processing of insulin in women suffering with PCOS.

FAQS for Byetta can be found here: http://www.azpicentral.com/byetta/pi_byetta.pdf#page=1

FAQs for Victoza can be found here: http://www.novo-pi.com/victoza.pdf

*For women who are concerned about excess facial hair growth, Vaniqa is available by prescription ONLY. It is not permanent, it only reduces the growth.

FAQS on Vaniqa can be found here: http://www.allergan.com/assets/pdf/vaniqa_pi.pdf

Can I get pregnant with PCOS?

This is definitely a case by case basis, but I can tell you there is most definitely hope! We have come so far in our knowledge and treatment of PCOS, that with some cysters simply getting to a healthy body weight, and getting their hormones in order does the trick, while others do require a little more help. Luckily, we do have treatments ranging from fertility medications such as clomid, to treatments like IUI and IVF. The best thing you can do if you are considering pregnancy is start off by being the healthiest you possible! Know your hormone levels, stay active, and follow the dietary guidelines that you and your doctor/nutritionist have discussed.

Do I have to take medication because I have been diagnosed with PCOS?

Absolutely not. Not every woman who lives with PCOS is on medication. As mentioned above, there are a variety of treatments, ranging from a change in lifestyle of diet and exercise, to medication. Your physician will discuss a treatment plan with you about what is best fitting for you with your symptoms/severity.

Is there a cure for PCOS?

I don't have cyst on my ovaries, how can I have PCOS?

PCOS is a complex endocrine disorder. Cysts on the ovaries are just one of the many symptoms of this syndrome. PCOS was originally called Stein-Leventhal Syndrome, after the names of the gynecologists who discovered it in 1935.


How do I find out if I have PCOS?

The best way is a trip to your doctor. An OB/GYN or Endocrinologist is best suited to diagnose PCOS, however a GP can do this as well. Having a full panel of blood work done will often be a tell tale sign that something is off (IE- hormones, insulin levels). Also, discuss with your doctor any symptoms or concerns you have. Like another posted had mentioned on another thread, some of the symptoms of PCOS are very similar to that of Thyroid problems. Blood work can easily eliminate any issues or questions about health concerns.

If you have any concerns or questions that I haven't covered. please feel free to ask. I hope this helps everyone out!
29
«1234»