Log In · Sign Up
Message Boards› Groups› Fitbit Users
You are currently viewing the message boards in: 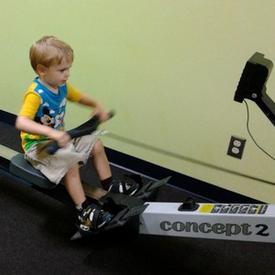 First section I'm just going to lay out the basics of how and brief why.
Second section I'll get into more details as to why for those curious.

Section One - The Basics

How do I set up a sync between MFP and Fitbit?
Best place seems to be your MFP web account first, as it seems to cut down on syncing issues later.
MFP - Apps - Fitbit Tracker - Connect - follow process described (instructions on logging will be covered further below).

One method for getting around syncing issue, is unsync accounts totally from web accounts, and start process above again. Close your mobile apps, stop them from actually running, for this process.
MFP - Apps - Your Apps section - Fitbit Tracker - Disconnect
Fitbit - View Settings - Settings - Applications section - Revoke Access
Start initial sync as instructed above.

Do I log all my exercise in MFP per instructions MFP gave?
Don't need to at all. That is merely so you use MFP more, and more usage is more ad dollars.

Fact is for the non-HR devices any step based exercise (walking, running, gym classes, ect) will have a pretty good estimate for calorie burn from Fitbit (if stride length is correct), unless the walking/running is at good incline for good amount of time, because it assumes flat. You would need to log non-step based workouts though (swimming, rowing, biking, elliptical, stair climber, resistance training with weights or machines), because the steps seen are not related to the calorie burn at all.

For the HR devices any cardio is going to be decent enough estimate. Though here again, lifting should be manually logged as it's not aerobic steady-state, and calorie burn will be inflated using HRM formula. Manually logged in database as - Weights on Fitbit, Strength Training on MFP.

So for what should be manually logged, it can be logged in MFP or Fitbit. Fitbit's database uses a better method of calculating calorie burn, and for some non-step based exercises has more intensity options, more about that below. It also prevents the need for an extra sync from MFP to Fitbit, before updated daily burn is synced back to MFP.
If you want friends to see your workout, just make a wall post about it, with more details than you'd normally get. The Fitbit Activity diary has better view and options anyway compared to MFP.

Where do I log my food?
Only on MFP. It will sync over as meal blocks of total calorie and macro stats to Fitbit for display there.

The reason it's put under exercise is so MFP correctly increases your eating goal, so the same deficit is maintained. You do more, you eat more, same deficit. MFP is merely correcting it's estimate of daily burn, which is based on your selection of activity level, and if you selected wrong, you get big adjustments, and then deficit is taken.

What activity level on MFP should I select?
It's usually better to select an activity level closer to reality so the adjustments are smaller, and you can plan your day better without big surprises too late to do anything about, more on this below. Bigger deficit is NOT better, just an unneeded stress on body. Stressed out body loses muscle mass along with fat mass - not good. Or it adapts so you don't burn as much - not good.

How do I link in my other accounts for exercise, MapMyRide or Walk, or Digifit?
You could link them to MFP and get the minor wall posting about the workout, then they will sync over to Fitbit and replace the calorie burn there.
Or if able, can sync them to Fitbit directly. Then you make a wall post about the workout for friends to see with more details.
Just confirm time zones are correct between accounts.

Am I doubling up on calories by manually logging a workout, what about the activity record from the device?
No you are not - hence the reason for the start and duration time - so Fitbit can replace whatever it came up with for calories.

The activity record from the device button press is merely to allow viewing those stats for that block of time, you can manually make an activity record too for same purpose. Not logging those calories, merely viewing what Fitbit came up with already.
If you know you'll manually log a workout to input more accurate calorie burn, the activity record does make it easier to see when the start time was, and figure out duration, and allow seeing the Fitbit stats for that time, rather than buried in the daily stats.

If you log workout with an existing activity record, it does NOT replace the calorie burn in the record, just the daily stats. If you create activity record manually after logging workout, calorie burn is whatever you entered, though the other stats will be shown for steps & distance.

How do I adjust my stride length for more accurate calorie burn?
Treadmill is best so you can have set pace and known distance. For running you want average running pace, not the sprinting pace, not the recovery pace. For walking you want purposeful pace, not high exercise level, not slowest shopping level. You want between so the device can adjust as needed both directions. So if normal exercise walking pace is 3.8 mph, and store strolling is 1 mph, then 2.4 is average to use for test.

How accurate can this device be?
Decently accurate, if you recognize the limitations. The devices will actually under-estimate usually, because of the following:
All non-moving time is assigned sleeping calorie burn (BMR), but when awake you actually burn more (RMR).
When standing not moving you burn more.
When digesting/processing food you burn more, about 10% of calories eaten.
All that is unaccounted for in your daily burn.

Moving calorie burn is based on steps, so accurate stride length is important.
Even the HR formulas are likely to be off, likely inflated though, as assumptions are made for several key stats.