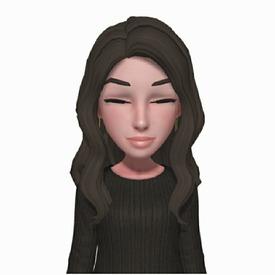 s_rivera_92 Member Posts: 92 Member Member Posts: 92 Member
in General Health, Fitness and Diet
Hello, I have been on and off MFP for years. This is my first post. I have been struggling with my weight for many years. My junior year of high school, I got up to 175lbs after being roughly 148lb for much of my adolescence. I began counting calories and exercising 6x a week and ended my senior year at 118lbs in 2010 (18yo). I am currently 188.6lbs(27yo). I ballooned up to 200lbs in September. Did keto for a month and dropped to 191.6lb. I stopped and then I maintained 191.6lb until last week. I didn't count calories or exercise. Last week, I began consuming roughly 1,200 calories per day and doing between 45-60 minutes of cardio 5x and have lost a few pounds. My goal is to loose 1.5-2lbs a week until I reach 130lb (hopefully in 9 months). I want to incorporate strength training in as well. I am fairly sedentary during the work day, but am lucky to be able to fit in an exercise daily. Is 1,200 too low? Should I be obsessing over not meeting nutrients such as iron and potassium if I'm reaching everything else? What would your top recommendations be?

Also... in the title I mention smoking... I've been smoking since 2011 and have gone up to 1 1/2 packs a day. I desperately need to quit. I honestly think that cold Turkey may be the only way I can accomplish this task, however, am nervous considering that i am starting a new work out routine and changing my diet as well. Would you consider it better to cut down as I adjust to more physical activity, or am I subconsciously making an excuse to continue this horrible habit?
December 19, 2019 6:53AM
2
«12»