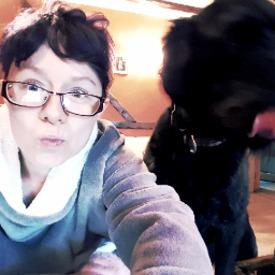 BeGrandLike Posts: 187 Member
January 2020 in Health and Weight Loss
I'm not looking for advice here or anything of the sort- I just needed a space to be annoyed about a thing!

I probably should have taken notice of it when THAT happened but no- in all my cleverness it took me taking off my favourite pair of jeans one day to see that the inside thigh had ripped RIGHT on open at SOME POINT during the day to get me on that damn scales and counting those damn calories.

That was a few weeks ago- and gawd, who doesn't feel like a right stereotype when the beginning of January is when they realise they've literally bust out of their favourite jeans like a less-ripped, more-squishy version of the Hulk?!

(Not to mention the sheer MORTIFICATION of having no idea WHEN in the day this happened..)

But I fired up the aul MFP, dusted off the weighing scales' in the bathroom and the kitchen, and set about doing something about it.

A few weeks and couple kilos in and I'm feeling pretty good about myself! This week, for the first time in longer than I should admit, I was able to pop on my second-favourite pair of jeans and close that top button with only the smallest bit of a squeeze. There I was, feeling smug and happy that I'd have my last 2 pairs of jeans to tide me over until I get to do that marvellous shopping trip a size down.

But it was not to be. I have been BETRAYED. For just this morning I'm putting on my jeans and smiling to myself about how noticeable it is that they're easier to put on, and thinking of how much better this is going to be a few weeks from now when I'm another few pounds down and... I see it.

The Second Favourite Pair are wearing through RIGHT AT THE BUTT.

I fear they will lose their integrity at any moment. And that leaves me with only one pair of jeans that fit. Leaving me, since I LIVE in jeans, leggings and hiking pants (aside from the odd time I have to wear nice work pants, but I work from home so that's.. not often! and most of THEM are too small for me too..) needing to either grab the cheapest jeans in my size I can find to tide me over the few weeks till I'm a size down, or.. well, I mean, that's the option, isn't it.

WHY could they not have survived just a little while more?! Just a couple of weeks and my butt would have fit in them nicely again!


...but on the other hand, at least THIS time around my dignity is halfway intact. So there's that