I cant seem to be consistant.. 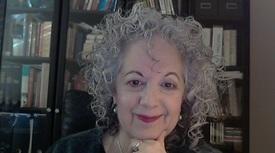 MyrnaSolganick Member Posts: 57 Member Member Posts: 57 Member
in Motivation and Support
Hi, fellow travelers. I know this will sound like whining, and I apologize in advance. I have been here - logging - on this site several times. "Several times" is the issue...I cannot seem to remain consistent with my logging. I know that this is partly because part of me rebels at having to write down - again and again and again etc etc - every single thing I put in my mouth. Its a drag! well, isnt it? I know it is necessary, but I have fallen off the wagon here many times. I will appreciate any and all thought folks here may have.
June 29, 2020 7:22PM
7
«12»