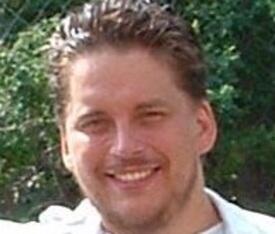 Poobah1972 Posts: 943 Member
February 2021 edited February 2021 in Recipes
Okay figured I'd make another post since my last title was to long winded and apparently no-one saw it, yet were acquiring about the recipe in another thread. Plus I tweaked the recipe to reflect correct macro's for 17 slices which this accurately produces in a 5 x 9 loaf pan.

The best Low Carb Bread EVER!!!

It tastes like bread, chews like bread, tears like bread, feels like bread, and even toasts great while remaining soft on the inside. And it sure as heck smells like bread while it’s baking and afterwards. The flavor reminds me of a white bread crossed with a wheat bread and perhaps a bit of rye bread. Basically It's real bread and uses yeast to rise.

This recipe was created by Diedre, and can be found by googling "Diedra for real low carb bread."

Best of all, the whole loaf comes in at about 29 net carbs, meaning there are about 1.7 net carbs per slice (17 slices per loaf).

To make it, you start with the dough listed above, and then:

And in case anyone was wondering, I pre-slice the entire loaf and double warp it and freeze it. It freezes great, and doesn't stick to each other, so need to anything special. Just Cut it, throw it in a bag, and I double bag just for safe measure.

As for bread machines... That's what I've been using, and I've only made my second loaf just last night. I'm still trying to figure out the best way to do this... And perhaps it turns out better in a loaf pan as per instructions below. I've been shaping my loaf by hand after the initial mixing phase, but I find the beat down phases throw the entire loaf out of wack again, so I also end up shaping it again after the final beat down. But I find I always loose a lot of volume. So on my next try, I'm just going to remove my paddles after the initial mix, then set my rise time for a total of about 1.5 to 2 hours, and leave the loaf undisturbed the whole time. I think I can get significantly higher rise, however if I don't the loaf is already fantastic. So I guess I'll just have to see how that next loaf goes. 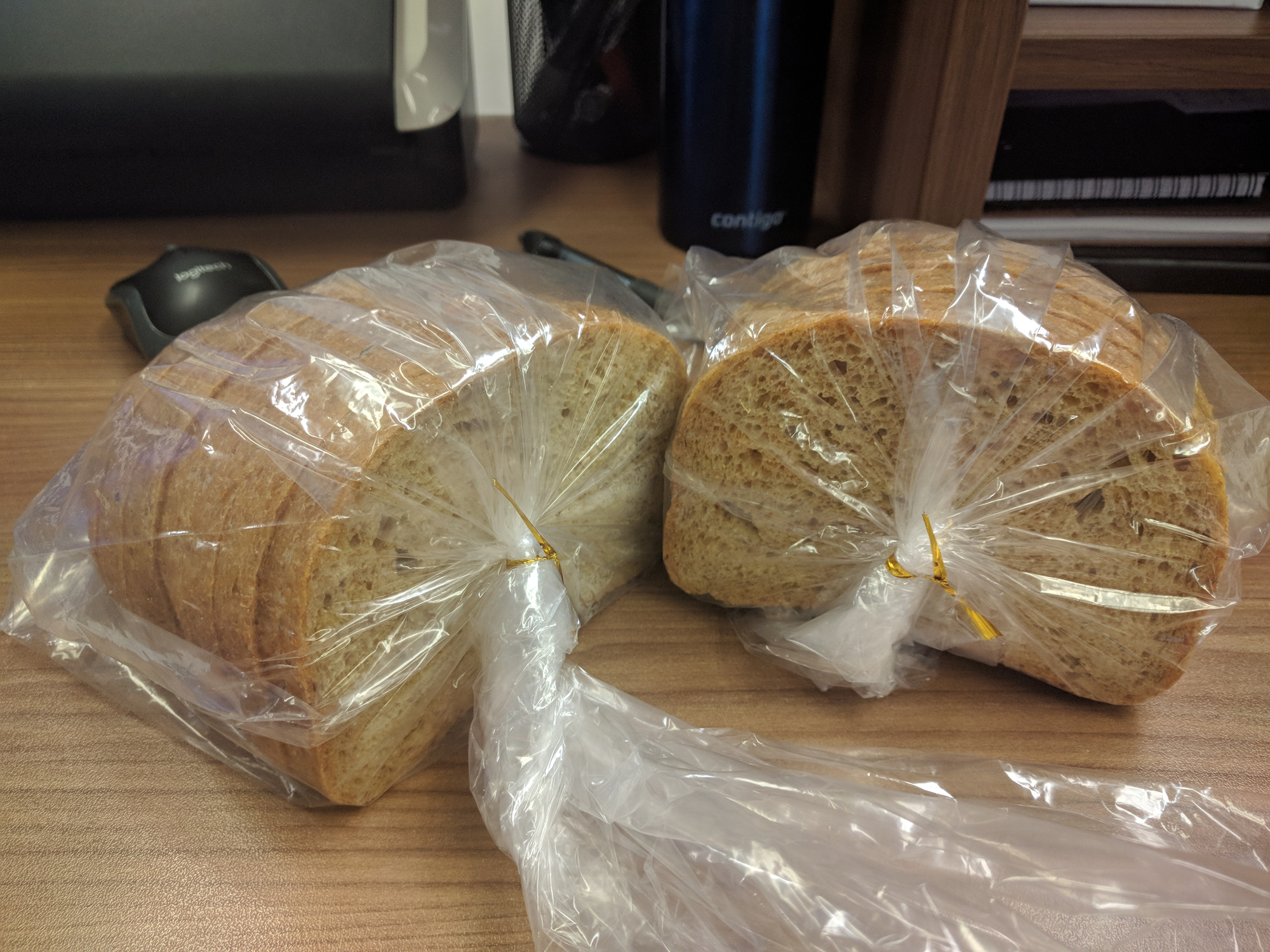 Note: My boss and co-workers daughter are Type 1 Diabetics, so they each get half a loaf today. 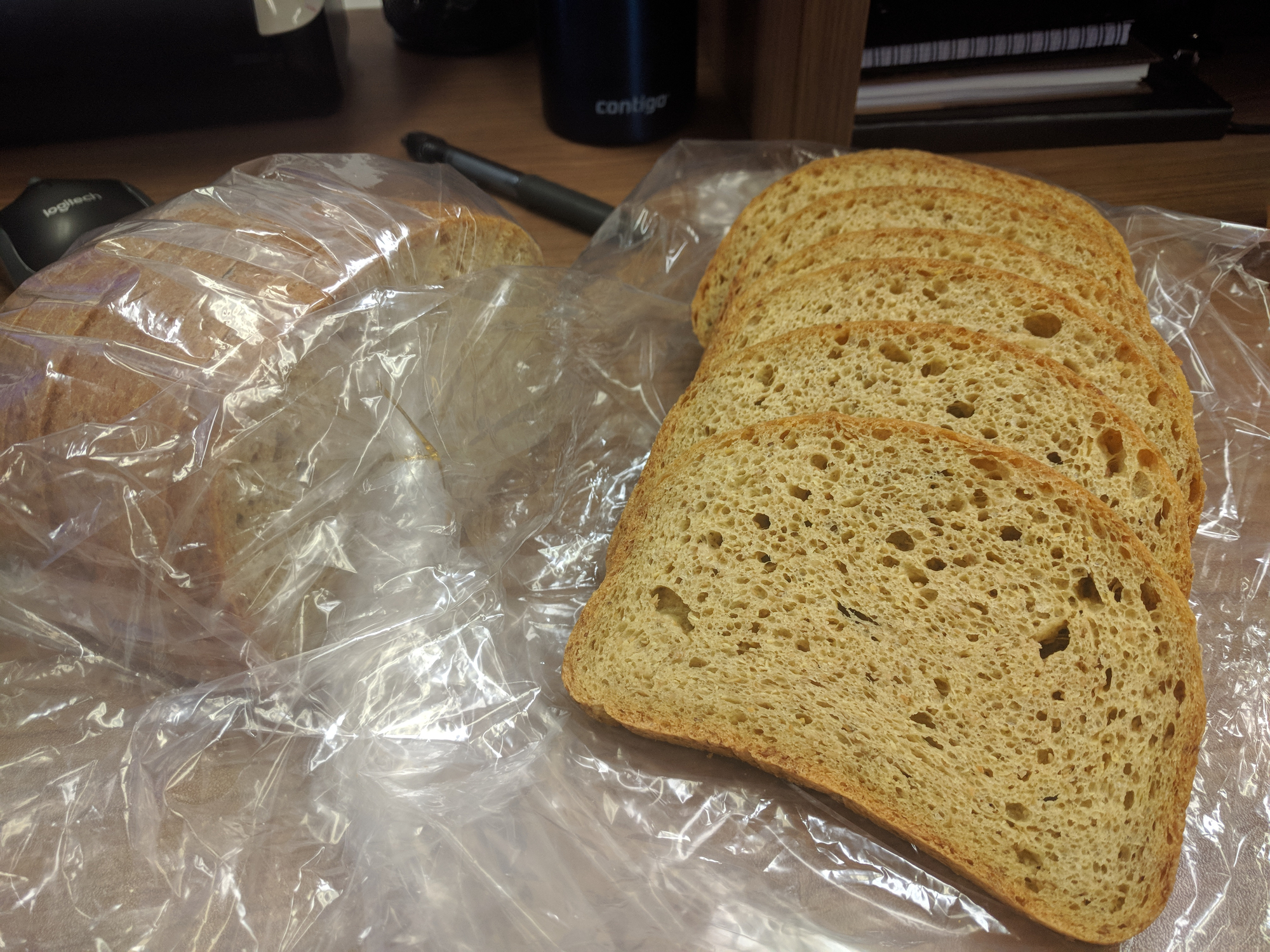 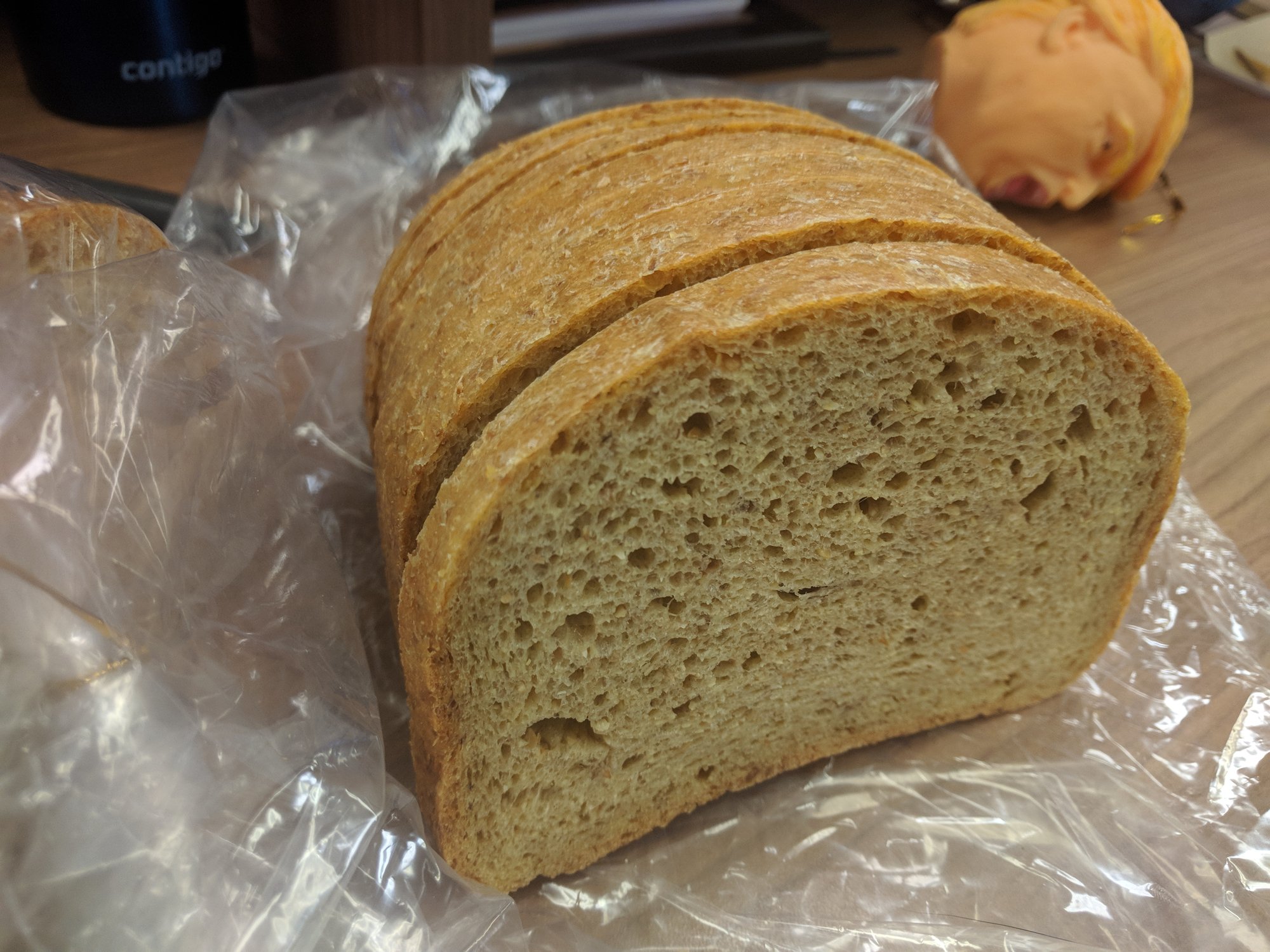 IF you've been low-carbing for awhile, or are missing bread you really owe it to yourself to try this recipe. I promise it won't disappoint.

As for ingredients, I was able to get most of the ingredients from Amazon, with exception of golden flax seed meal, which is more often then not available at a local health or natural foods store. The only expensive side of this reciepe is the 100% wheat gluten as the Bob's red mill ~600 is only enough for 3 loafs, where as the rest of the ingredients go quite far. However even with that in mind, the cost is 2-3 times less then that of a far inferior in quality, nutrients and overall size of say a commercial product such as "Great Low Carb Bread Company" which I use to think was a god send.

So order the ingredients and get baking.