Confused about how much I should be eating 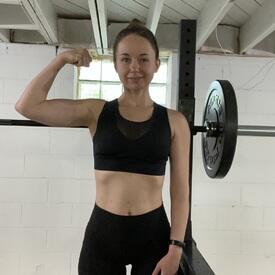 Macros are roughly 25% protein, 35% fat, 40% carbs. I try to eat so I’m not in a deficit, the problem being figuring out how much that actually is. I use a FitBit and MFP (obviously), but for example, today I did 1.5 hours upper body strength training and .5 hour cardio, and both are saying I burned 611 calories. That seems way high to me. I’ve lost 1 lb in the past couple weeks (I’m experimenting with IF in hopes of burning off my last bit of belly fat and I think that’s why), but in general my weight hasn’t really changed since November. I know I’m doing something right because my body is visibly changing and I’m able to lift progressively heavier. I’m reasonably happy with my progress but can’t help feeling like it’s a bit slow.

Tl;dr: how do I really know I’m eating enough? Do I just need to experiment and risk gaining fat? Am I sabotaging my gains by erring on the side of caution and risking being in a caloric deficit?

Thanks for any advice!
0