Guys on a Diet (GoaD) 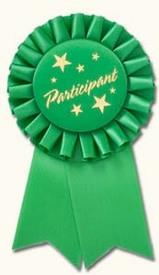 whathapnd Posts: 1,128 Member
August 2021 in Social Groups
We meet here to explore, share, celebrate and (sometimes) agonize over how we do (or don't) incorporate weight loss guidelines into our daily lives. "It's a lifestyle, not a diet" is easily and often said, but sometimes not so simply put into practice.

This is a thread for everyone. If you're new to GoaD, or to weight loss, your questions and comments are always welcome. If you're maintaining, or a long-term loser, your thoughts on the topic may be just what someone else needs to hear. If you're reading this, join in the discussion!

Each weekday, a new topic is offered up for discussion.

Today's Topic: Does The Entertainment Industry Make It Harder For The Average Person To Achieve " Normal Weight?"

Imagine for a moment that all the folks we see on TV (actors, newscasters, singers, hosts, people in commercials, etc.) and all the models in print ads and on runways fell into the 85th-95th percentile of what is considered "actuarily normal weight." What impact, if any, do you think this might have on the obesity problem in America? Is it possible our collective struggle is from the fatigue of unconsciously striving for unrealistic outcomes or from the frustration of trying to achieve satiety/enjoy the pleasures of food on a calorie allotment meant for someone at the lower end of "actuarily normal weight?" Would it be easier to be "normal weight" if we were bombarded with images of actual, normal weight people? Or might this have the opposite effect? Do we (the collective "we") try to lose weight only because we are constantly given an ideal to chase?

Bonus Question: Are you extra cautious on Friday the 13th?
0