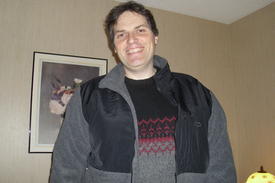 SKazanow67 Posts: 2 Member
August 3 in Health and Weight Loss
I am currently participating in a one-year program intended to improve eating habits and build physical activity as a preventative for Type 2 diabetes and pre-diabetes. I started the program at 284 pounds in mid-March and am now currently at 244 pounds. Each day, I remain aware of what I'm eating and try to get in at least of 30 minutes of medium to high intensity cardio-vascular activity. So far, this is not a problem since I enjoy walking, hiking, biking, etc.

The problem is that I'm also supposed to be adding strength training in tandem with the cardio-vascular activity, and here I have very definitely come up short. In fact, its possible my somewhat rapid weight loss could partially be due to muscle loss in addition to the loss of fat. However, whereas the cardio-vascular activities are fun, strength training feels like nothing more than a mechanical chore and I have no mental motivation to really start.

FWIW, at 53, I don't think I've ever had a "well-defined" muscle structure, and while I'm not looking to be the next Charles Atlas, I would like for once in my life to have something akin to muscle tone. But saying it and doing are two very different things.

Any suggestions for getting past this mental block?
4