Why there is no free will 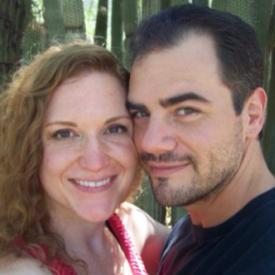 But that is because I'm limited in my knowledge. If I knew everything there was to possibly know, the temperature, moisture content, speed, direction, electrical charge, and a dozen other things about every molecule of air, I could. With enough computing power and knowledge the exact location of the tornado's path could be calculated day or even years before hand.

In the same vein, if enough is known about a person their actions can be predicted days weeks or years beforehand. The variables are infinitely more complex (everything from how much sleep you got, what your dreams were during that sleep, and is being called fat in 3rd grade going to be remembered at that exact instant it becomes relevant), but an omniscient God would know all these things and be able to predict your behavior. And since it's not possible for God to be incorrect, it's not possible for you to make any other choice.

If you walk past a piece of chocolate cake, God knows whether you will stop and eat a slice, steal some of the icing, or walk on by. You think you have a choice in the matter, but in reality you can make no other choice contrary to what God has predicted. Therefore your choice is just an illusion in a completely predestined world.
0