'Don't Get Too Muscular, Ladies!" -- a must read article 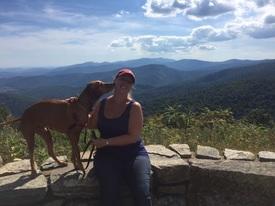 TravelsWithHuckleberry Posts: 955 Member
December 2014 in Social Groups
Posted in my feed, but for those of you not on my FL, I didn't want you to miss out --

I think this goes on my MUST READ list! Definitely check it out (and thanks to Kelseyhere for the original link): "An Open Letter to Everyone Who Has Told Women 'Don't Get Too Muscular'"