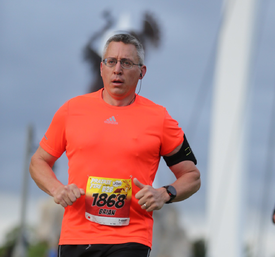 5512bf Posts: 389 Member
July 2016 in Social Groups
I have a forerunner 225 with optical hr. I just had a lactic threshold test done and tweaked my train zones based on that. Ever since my calorie burned tally have been a lot less. I'm 180 lbs and some of the numbers garmin is giving me is in the 75-85 calories per mile range, then the next mile could be 110. The hr data looks steady without losing connection which happens from time to time with the watch. My 18 mile long run this morning recorded 1650 calories, which seems way low to me. Anyone else get number that seems off.
0
«12»