Log In · Sign Up
Message Boards› Groups› Low Carber Daily Forum
You are currently viewing the message boards in: 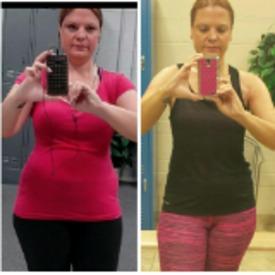 lisawinning4losing Member Posts: 732 Member Member Posts: 732 Member
in Social Groups
I don't know about the rest of you all, but counting calories has only provided me with temporary solutions. I end up gaining the weight back. Which is why I'm now taking a different approach. Don't get me wrong, I don't think calories are irrelevant, but I don't think they're the most important thing to be focused on.

I know this is review for a lot of you, but I just thought this was a great intro to low carb and why it makes sense for some of us.

No doubt you’ve heard the expression, “A calorie is a calorie,” meaning the calories we get from carbs, fat and protein are equal in terms of their effect on our weight.

Perhaps you think all that matters is the total number of calories you take in each day, regardless of whether the majority comes from one macronutrient more than the other.

In fact, many people emphasize that weight management is a simple game of math. Maintaining your weight, therefore, is merely about consuming the same number of calories your body burns each day.

But, while this is true in part, research suggests there’s a lot more to it than that.

Calories Are Not All Equal

Firstly, it might help to define the term ‘calorie.’

While it may seem simple to conclude that all you need to do is take in fewer calories than you expend, if you want to lose weight, research suggests the body may processes these macronutrients differently. So, perhaps a calories is not a calorie after all.

This gives us an indication as to why weight loss is not so simple, and suggests why so many struggle with losing weight long-term.
Calorie Counting Has Limited Use

If you are only concerned with counting calories, it won’t tell you much about the vitamins, minerals and other nutrients in your diet. Let me give you an example:

These two snacks contain similar amounts of calories, but they will certainly not have the same effect on your body. The chocolate bar is pretty much all carbs in the form of refined sugar. But, the nuts contain healthy fats and protein, as well as vitamins and fibre. It’s obvious which is the better option.

As we shall see, calorie counting alone tells you absolutely nothing about how your body will react to a certain food.

The Research: Protein vs Carbs vs Fats

Research indicates the calories from proteins, carbohydrates and fats may not be treated the same by the body, therefore challenging the idea that a calorie is a calorie.
1. Dietary Effect On Muscle Mass

A recent 2012 study, found that when you overeat on a low protein (higher carb) diet, you store fat around your organs (e.g. liver, kidneys and pancreas). However, when a high protein diet is eaten, it adds muscle and increases resting metabolism.

Among persons living in a controlled setting, calories alone account for the increase in fat; protein affected energy expenditure and storage of lean body mass, but not body fat storage.

This study suggests that some calories may make you store fat, while others help you build muscle.
Avoid ‘Free’ Fructose

Calories from drinks appear to be particularly problematic.

We know that protein foods make us feel more satisfied. The result of this is a reduced appetite, which has the potential to make us eat less, if we listen to our body’s hunger signals.

One study found that when subjects increased their protein intake to 30 percent, they ate 441 calories less each day, and experienced greater feelings of satiety.

In fact, they lost almost 11 pounds on average, including more than 8 pounds of body fat.
3. Dietary Effect On Wellness

A very good comparison of the different effects certain diets have on the body, is Ancel Keys’ semi-starvation experiment versus John Yudkin’s low carb study.

The big difference between these two studies was the carbohydrate and fat intake; they were basically the reverse of each another. Yet, as Dr Eades puts it in his article on Tim Ferriss’ blog:

Both studies provided between 1500 and 1600 kcal per day, but with huge differences in outcome.

In the Key’s semi-starvation study (high-carb, low-fat) the subjects starved and obsessed on food constantly. In the Yudkin study (low-carb, high-fat), the subjects, who had no restriction on the amount of food they ate, volitionally consumed the same number of calories that the semi-starvation group did, yet reported that they had “an increases feeling of well-being.”

Instead of lethargy and depression reported by the Keys subjects on their low-fat, high-carb 1570 calories, those on the same number of low-carb, high-fat calories experienced “decreased lassitude.*”

* state of physical or mental weariness; lack of energy.

So, despite that fact that the diets were almost identical in calorie intake, the results were vastly different, with the higher fat, lower carb diet showing a much more favorable outcome on overall wellness.

While calories do matter to a degree, they are far from the whole story. As we’ve seen, it appears macronutrients act differently within the body, and the idea that a calorie is a calorie is perhaps too simplistic.

So, rather than being overly concerned with meeting a certain calorie requirement each day, focus on making sure your diet is as nutrient dense as possible.

Here are a few basic pointers to help simplify things:

Start your day with protein-rich foods, rather than starchy foods. Good choices are eggs, lean meats, fish, nuts, seeds, nut butters, or a protein shake, and make sure to skip the bread, bagels, muffins and donuts.
Have a source of protein with every meal, and avoid “carb only” eating.
Make sure you are getting healthy fats into your diet each day.
Skip sugar most of the time, especially in the form of liquid calories, such as sodas, fruit juice, and alcohol. And, avoid high fructose corn syrup at all costs.