Log In · Sign Up
Message Boards› Groups› Low Carber Daily Forum
You are currently viewing the message boards in:

Was doing Keto (high A1C), performance in the gym dropped drastically: anyone experience this? 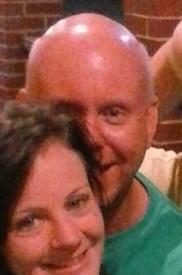 This is my first post in this group. I looked to see if there was something similar but did not find anything.....so, here goes.

I do power lifting and have higher A1C. In an effort to mitigate the high A1C I investigated Keto and started doing Keto. And, I must admit, absolutely loved it. Maintained caloric intake - funny how some think that doing Keto is just eating all of the bacon that you want! - and was pretty successful in terms of weight loss (went from 212lbs to 202lbs in a couple of weeks). Was essentially at my maintenance caloric intake. So, most of that weight was glycogen being depleted but not replenished.

But I do train pretty well...and it took a nose dive. I just have no power or stamina. This is after roughly 10 weeks doing Keto.

I implemented carb timing and that helped a little bit....but as dead lifts and squats got heavier (and I am not even close to where I was with respect to total pounds on the bar) the sessions become more and more taking. But, in a different way. I just had no juice! Training sessions used to be hard and I would grunt and expel lots of air and power through it before I went Keto. That is - much to my chagrin - not possible any more.

Anyone experience this - or something similar?

I am back to eating somewhat "non-Keto" in that I have introduced some carbs back (one cup of brown rice and one larger sweet potato) but have gained - in about one week's time - 13 lbs back. Training sessions are going much much much better, though. But, I feel very full and bloated (I am a dude - 51ys, 6'0" at 215lbs now).

Any experiences shared or ideas would be awesome. I want to be healthy first, fit second. But I really love the power lifting.....