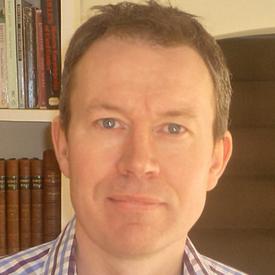 mermer45 Posts: 77 Member
September 2012 in Social Groups
ADF, IGF-1 and Protein
From the various research (shown below in Notes) it appears that ADF (Alternative Day Fasting) and CR (Calorie Restriction) has many health benefits but to get the most benefit, it may be necessary to restrict protein consumption to no more than 0.8 grams per 1 KG of body weight.

0.8 grams per 1KG is actually the recommended daily amount. However, many people, particularly those on low carb, high protein diets are eating significantly more than this (1.5-1.7 gm per 1KG) in the belief that it is safe.

To put this into context. I weigh 81 KG. Therefore, under this restriction my consumption of protein would be 81 *0.8 = 64.8 grams per day. Each gram of protein has 4 calories. Therefore, I should consume no more than 259 calories per day from protein. If my daily intake is 2000 calories it would suggest that protein should represent roughly 13% of my daily energy requirement.

The aim of reducing protein intake is to reduce IGF-1 levels (see notes below) which is strongly linked to certain cancers and aging. However, it may be worth having a blood test to determine your existing levels of IGF-1. If you have a high IGF-1 blood serum level than you might want to consider the information below. If you have low IGF-1 blood levels then could be already following a low protein diet or you are an exception to the science - in which case please share your results!

IGF-1 (Insulin Growth Factor) is a hormone which is very similar to insulin.

Studies have shown that increased levels of IGF lead to increased growth of existing cancer cells.

In addition it is now widely accepted that signalling through the insulin/IGF-1-like receptor pathway is a significant contributor to the biological ageing process in many organisms.

Studies of humans with IGF-1 deficiency have shown exceptionally low levels of cancer and diabetes.(http://www.ncbi.nlm.nih.gov/pmc/articles/PMC3357623/)

Long term CR (Calorie Restriction) is shown to decrease IGF-1 concentration by approximately 40% in rodents, and this reduction in IGF-1 levels is believed to be a major reason why these animal live significantly longer than the control that are not on CR.

However, long term CR does NOT seem to impact levels of IGF-1 in humans IGF-1 levels in healthy humans IF protein intake is high.(http://www.ncbi.nlm.nih.gov/pmc/articles/PMC2673798/). This research suggests that protein intake is more powerful than calorie intake in modulating circulating IGF-1 concentration in humans. The research also shows that when humans who practice CR drop their protein intake to around 80 grams per 100 Kilogram of body weight their IGF-1 levels reduce significantly.

There is evidence that fasting acutely lowers IGF-1 in humans. However, the results of Alternative Diet Fasting and its impact on IGF-1 in humans seems to be mixed. Some studies show a decrease and others an increase in IGF-1 levels. Therefore, one can assume when it comes to ADF other variables such as protein intake are more important in IGF-1 levels.

This information may partly explain why a recent long term study of Rhesus Monkeys did not improve the longevity of a group of monkeys on CR versus a control group of monkeys on a healthy non-restricted diet(http://www.nature.com/nature/journal/vaop/ncurrent/full/nature11432.html). There is speculation that this may be because the monkeys were on a relatively high-protein diet and therefore did not have low levels of IGF-1.

What does seem clear is that CR on humans and mice have shown other health benefits such as significant improvement in insulin sensitivity, and in significant reductions in serum leptin (a circulating hormone that reflects the amount of energy stored in fat tissue), C-reactive protein (a marker of systemic inflammation), insulin and triiodothyronine levels ( it is also worth pointing out that some of the health benefits depend partly on gender).

Summary The evidence, to date, seems to suggest that ADF or other forms of CR in humans are best carried out without high levels of protein intake
0