New Member - Is my doctor being over-cautious? 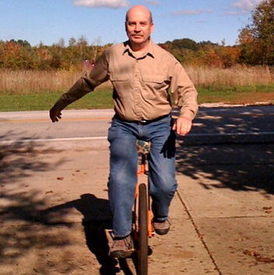 I'm new to MFP at the first of the year, and definitely new to being concerned about diabetes. I'd like some experienced folks thoughts before I again have a discussion with my MD.

In October, I had my first doctors visit in about two years. At the time, I was the heaviest I've ever been, mostly sedentary, and had just found I had a kidney stone, so was going through trying to pass that. (Ouch!!) My MD had a copy of my lab work the clinic did when they found the kidney stone, and decided to run blood sugar tests on me.

Now the diet, weight loss, and exercise are just common sense. I've lost 13 pounds since October, have drastically modified my diet, and am getting at least some exercise. But I haven't taken any Actos. I don't like taking drugs in general, and Actos has some controversial claims. I'd rather tackle the problem with diet, weight loss, and exercise.

Well, I was in for a checkup on another matter this week, and my MD read me the riot act for not taking the meds. It was good that I'd lost weight and changed my diet. He encouraged more exercise (and I wholeheartedly agree.) But he demanded I start taking the Actos. I argued that I'm barely in the pre diabetic range, had lost weight and altered my diet, but he'd have none of it. He said "You can't avoid getting diabetes just with diet, weight loss, and exercise."

I was flabbergasted! That's exactly what the American Diabetes Association recommends to avoid getting diabetes if you are diagnosed as prediabetic! I told him about my concerns about Actos, and chose the unfortunate working of "I read on the Internet..." I might as well have said "But Dr Oz. says..." He went ballistic! "Fine, go ahead and get diabetes. Then you'll have kidney failure and I'll be amputating your feet. Go ahead and not take it, because that's what you *will* be taking when you are a diabetic!" It was like a little kid having a tantrum. He said he'd run the blood test again, but get the same results. Take the meds, or become diabetic; no other options.

This was just crazy! He's normally a very courteous and likable man, and I've been going to him for close to 30 years. I don't know what to think. Should I get a second opinion? Run the tests again? Is he right?

So I came to you folks who have a lot more experience dealing with this disease than me. I realize that my test results are well below what most folks here have and I hope you don't think I'm being disingenuous when asking for help in how to proceed.

Thanks for reading my lengthy concerns, and I appreciate any feedback,
Slo
0