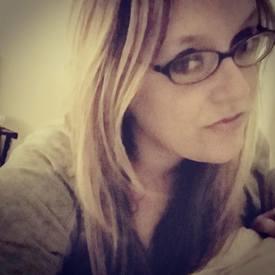 laurenz2501 Posts: 853 Member
May 2014 in Social Groups
How do you guys and gals feel about "chasing" a possible match in the beginning of a dating scenario? I've read that most men don't want a woman who chases them because it goes against their "natural instinct" to hunt and they're left feeling as if they haven't conquered anything...of course there are exceptions to that rule...but do you think men in general prefer to not be chased or no? As a woman, have you ever chased a man and been successful? Guys: If a woman chases you, do you find that less or more attractive? Say you do most of the calling, every day, then you kind of slow down for whatever reason. If the woman doesn't call you (say for a few days...or ever again) do you assume it's because she isn't interested (though she may very well be) or do you give up because you DON'T want to be the one to chase her/e.g. "do all the calling" ? OR do you find that more appealing if she doesn't call? Do you just go onto the next woman even though the first one may be sitting at home wishing you would call and wondering why you haven't? Just curious on everyone's thoughts. It seems to be a common game these days unfortunately...I've heard every response from every angle. "Sure! Who cares? It's 2014! Go for it, girl! Call him! Who says he has to call you all the time?" VS. "Don't touch that phone! Let him chase you! You're a strong independent woman! GIRL POWER!" VS. "::shrug:: If he doesn't call he isn't interested. If he wants to call, he'll call."