Join
Join the Discussion for Men’s Health Month: Eating for Next-Level Fitness
Staying on Track Has Never Been Easier — Introducing Your New Dashboard! 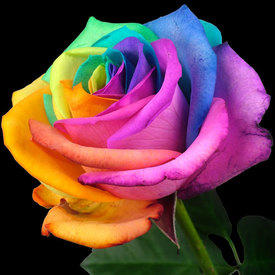 DietPrada Posts: 1,171 Member
January 2017 in Social Groups
Type 2 diabetes has affected my dad and 9 of his siblings. All of my uncles and aunties have it, and my cousin who is 45 and has never been overweight in her life now has it. My dad was diagnosed at 40 and had his first heart attack and quadruple bypass at 50. His specialists told him diabetes destroyed his arteries in effect turning them into strings of pearls in shape. He had to retire at 50, and from then on he was a sick man. He could barely walk to the letterbox and back. He had migraines which turned out to be mini strokes. He spent 18 years taking all the medications and eating how his diabetes specialist told him to. Low fat and plenty of fruit and carbs. The last 5 years of his life were a constant nightmare of angina and chest pains with a heart attack every three months thrown in for good measure. He passed last July at 68. He did not go easily. When I cleaned out his house I surrendered a full large green bin liner of drugs to the pharmacist for disposal.

4 years ago at 38 my doctor told me I was pre-diabetic. He told me if I did not make a change I would have full blown diabetes by 40. This terrified me, still does. But I'm able to say that I did make that change, I have lost 30kg, and I eat keto. My bloods now show no signs of pre-diabetes and I am on no medication. I hope to keep it that way for as long as possible.

I do not have the luxury of "cheat days" or "falling off the wagon" and having a good old "oh well" laugh about it. My possible future is very real. When people say to me at work in that snarky tone (while stuffing their face with whatever cake was brought in that day) "oh aren't you good" inside I'm thinking "no, I'm not 'good' I'm terrified, I know what that crap will do to me".

Do I still want the cake, the chocolate, the great big toasted sandwich? Yes. Every damned day. But the image of what my dad went through turns those foods into killers in my mind, and that's what keeps me strong.

I guess the reason I'm sharing is because if you are in my situation you do have a chance to do something now. My dad would have had a chance if he had not refused to go to the doctor at 40 when he had symptoms, and if he had made significant changes to his diet early on. If he'd even listened to me when I told him the specialist was wrong, fat was not his enemy, all that other crap he was eating is what blew his sugar levels. I do not want to be old and sick and dying at 60 and wish I had done something while I still could.
17