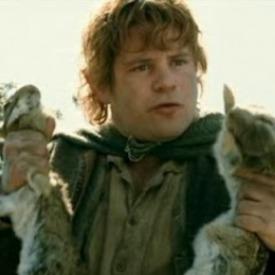 I bought a new jar of instant coffee a few days ago, and man am I glad that I did! Not eating in the daytime wasn't too bad - I don't usually eat breakfast so I had a black coffee with 5 ml of vanilla syrup around mid morning, and a coffee with 25 mls of knock-off Baileys mid afternoon (I don't usually have anything in my coffee but I'm using up the Christmas stocks, hehe), and drank plenty of water. I walked on the treadmill a bit, and even ran for two minutes (it wasn't my Couch to 5 K day, but I just felt like it). We went out to Nando's to eat as we were going to see a film (The Hateful Eight, which was great!) at this cool cinema where all of the chairs are super comfy recliners.

My One Meal A Day was a quarter chicken with hot marinade (I left most of the skin), a portion of peri peri salted chips (fries for the Americans), a small portion of creamy mashed potato, a little pot of peri peri mayonnaise, and plenty of hot sauce, and it was accompanied by a large glass of red wine. In the cinema shortly afterwards I had another glass of red, medium this time.

I weighed myself this morning, and you guys, I've dropped a whole pound. Just out of the blue! It's bizarre, my deficit for this week definitely isn't enough to lose that much, and I even went over my calories yesterday. I don't think it's dehydration from the wine as I had that early in the evening and drank plenty of water afterwards, and I don't think it's that I have less food weight in my system, because I consumed about the same mass as I would usually throughout the day. I've been hovering around losing and gaining the same couple of pounds for the last month or so, but in small increments, so maybe this is one of the fabled whooshes. I know it's all about playing the long game and sticking with the programme, but whatever this is, it's a nice confidence boost after the first day.

Today is Week 5 Day 1 of Couch to 5 K, and I think I'm going to time it so I run it (well, jog it in my case) just before my partner gets home from work so I can eat fairly soon afterwards. I think tonight we're having curry but in a fairly calorie controlled portion - shouldn't be more than 1000 so we'll see how I feel after that.