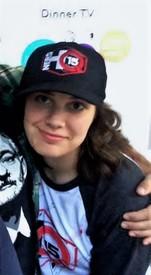 Yael452 Posts: 82 Member
May 2017 edited May 2017 in Social Groups
I've been so inspired by reading everyone else's journals, I thought I'd create my own.

Today I just had water until 5:30 PM, but I did keep a Coke Zero in the fridge as back up.
The weather has been strangely warm in the UK this week, and I'm not loving it! I've got a 5 mile run planned this evening and the warmth hasn't subsided one bit.
When I get back from the run I'll be having my meal, and possibly make myself an iced chai latte just because I can.
1
«1234567…10»