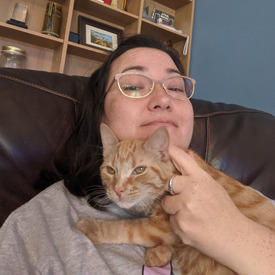 I just started fasting last week. I started off doing an almost 48hr fast with just 'snake juice', but I was totally not prepared for the mental strength needed to do it.
While I was trying to distract myself, I started thinking about OMAD and it just made sense that doing that instead at first would be a good way in to longer fasting times.
That first week OMAD was extremely difficult for me too. My body really wasn't hungry most of the time, but my brain sure as heck told me to eat. Especially during normal eating times.
It has gotten easier though thankfully and I am enjoying my giant single meals that still put me in to a calorie deficit.
I'm in this for weight loss mostly TBH, but even just doing this for this short amount of time has seemed to help with my gut issues I was having so yay for health bonuses too!

I've been looking in to bone broth fasting (yes, I know it's not technically a fast) and decided last minute to give that a try today. So nothing but bone broth. I fasted for 16hrs and just broke it with my first cup of homemade chicken bone broth w/ a little bit of bouillon to help with flavor, salt substitute, baking soda, epsom salt.
I also will be having a diet dr pepper today b/c my youngest is sick and I need the caffeine boost.

And yeah... going to go 24hrs or longer and see how I feel after. I'm not a purest with my OMADing so far. I've had diet sodas during my fasting time to help (and it has with no adverse effects) get through the rough times and I'll probably continue doing that. So please don't come in telling me that diet soda is full of chemicals and poisons!! B/c I don't care.