Someone help me understand what just happened please! 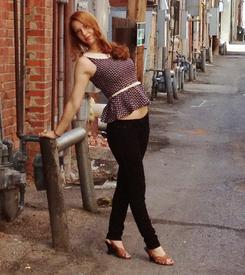 suiteblooms Posts: 100
July 2012 in Health and Weight Loss
Heres the very long story:
I've been loosing weight since - well I don't actually remember, but its been since at least before spring. A month or two ago, my husband and I decided to go backpacking (his first time, my first since I was a teenager (I am now 27)). We went to Bomber Mountain in the Bighorn Mountains of Wyoming. This is no beginners hike, it is 3 days of grueling mountain climbing. My pack weighed a modest 25 lbs, and contained everything that I needed to survive including my sleeping bag, tent, water purifier, flashlight, etc. Plus food. Meals were generally a 'Cup O' Noodle' Soup, a few crackers, half an apple. Or half a can of tuna with half pkt of mayo + mustard on a 100 calorie flat bread, a few slices of apple, a handful of cashews. I got to have hot cocoa one night, but the food was rationed, and I was at between 1200 - 1500 calories for three days.
Day 1:
The Hike began at West Tensleep Trail Head at 9,000 ft. We hiked for 5.5 hours to Lake Helen going as high as 10,500 ft. We estimated the trip to be about 5 miles completed in around 5 hours. The terrain was mostly a dirt trail up that wandered up and down the side of the mountain over rocks and between trees with a definate up hill trajectory.
Day 2:
From our Camp at Lake Helen, we set out towards Bomber Mountain. Our Goal was the summit to see the wreckage up there, but weather forced us to take our leave before that was possible. We carried only the days provisions including food, water, camera, jacket, and most of the weight was carried by my husband. The elevation remained at about 10,500 through Misty Moon lake, but we began another assent that took us past Florence Lake to the Golden Lakes which lie at the foot of bomber mountain. This is where the real climbing began. With no path, and only a massive expanse of boulders to climb we were steadily climbing up a mountain that offered little more than enough grade to not need ropes. I topped out at approximately 11,800ft. Our hike back was down hill - so easier, but a bit scarrier. The trip back was hurried because of the looming rain storm. Round trip was estimated at 6 hours, 7 miles.
Day 3:
This was the trip out, so our backpacks were again fully loaded, but a tad bit lighter considering that we had eaten much of our food. This was basically the reverse of day 1, completing 5 miles, but was mostly downhill, so was closer to a 4 hour hike.
In all, we estimated a total of 17 miles, 15 hours of work carrying between 5 and 25 lbs. This program estimates the total calories burned at 6925. In 3 days. Plus my BMR of 1800. Plus only eating no more than 1500 calories on average.