I Don't Buy Junk But the People I live With Do 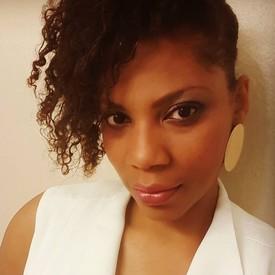 TyFit08 Posts: 799 Member
August 2012 in Health and Weight Loss
I can be a very disciplined person, but I only have so much will power. I realize that my weight was best controlled when I lived alone. When I moved in with my mom a few years ago, I started to pack on the pounds. Moving out of her place to live with my husband helped somewhat since I controlled the meals. But he is constantly bringing home foods that derail my diet. Once he brought home a half a sheet cake, like the one's you see in the birthday cake section. He said he felt like cake. How am I supposed to walk past a big birthday cake for days and days without getting a piece. My husband is fit, he works out a lot and eats pretty much what he wants. He thinks that exercise should be enough for me too. He hates when I don't make him sweets and other fatty dishes because he says he's not on a diet.

I also have to stay with my mom sometimes due to work since she lives closer. She makes it so hard. The other day she fries and breads chicken breast and when I say that I'm trying to avoid fried foods, her response I only used a little bit of oil. She calls me as I'm getting off work and asks me to bring her back some White Castle. Now I have to go to White Castle order her food and drive back with it. Amazingly I didn't get any, but still there she is constantly putting me in this position. Bring me an Entermann's Cake, pick me up some ice cream AGGGH.

I try not to buy things or bring foods into the house that would cause temptation, but since I don't live alone I can't seem to get others in my life to get how hard they are making this for me. I'm only human. Anyone else in the same position?
0