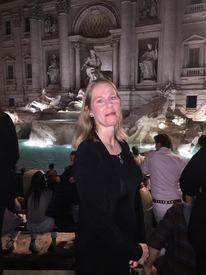 kfuog Posts: 24 Member
May 2013 in Health and Weight Loss
So, I'm perimenopausal. You know: not in menopause. Not experiencing all the full blown hot flashes and night sweats. Still have my period, but it's irregular. And I'm having issues with weight gain. I think it's water retention--just as it is leading up to a period--but it seems to be constant. If I'm not actually menstruating, I seem to be retaining water.

Is anyone else experiencing this, and what did you do about it?

I already consume very little salt, so adjusting that won't help me much. I work out pretty vigorously for at least an hour 7 days per week. I am counting my calories and have been under consistently. Today I changed my goals to weight loss just because even with exercise and keeping within my calorie goal I seem to slowly go up. When my body finally decides it no longer needs to retain the water, I don't drop to where I was, but stay a little higher.

While I would welcome concrete suggestions in response, this post is mainly me wailing and inviting other women to share their wailing and venting on the topic of being perimenopausal. What's happening with your body and mind? How are you coping?

My cycles have always affected my mood, from the nightmares I have just before my period starts to the *****iness during the day. These symptoms have become exacerbated with me as well. Dark chocolate helps, but then there is the weight gain issue.