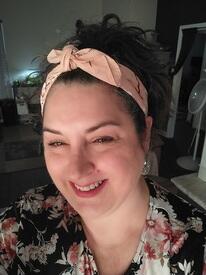 gypsyrose64 Posts: 271 Member
December 2013 in Health and Weight Loss
I've been at this a long time here at MFP, and to be honest - failing miserably at the moment. Holidays brought on depression. Lack of funds brought on some bad eating habits. Drinking too much, etc. Point is I KNOW I've gone off rails this month, but the numbers aren't making sense.

yea yea, some might be water, so lets reduce this by 2 lbs for water.

If I take the over-consumed cals - eaten cals, I get my true MAINTENANCE?

average it out and I get 1,315 /day maintenance

Wouldn't that be ridiculously low TDEE for someone my size??? (weighed 211 this morning)

I started this weight loss gig in Oct.2012 and barely hit -40 in November. Granted I don't exercise (you can beat me up about that later), but even weighing, counting and monitoring intake over that time - I struggled to lose even 1 lb.

I did good in October, but I was restricting down as low at 1200/day and avoiding all carbs. November I slacked and December I derailed completely.

It's depressing to think I have to restrict like that permanently to lose and keep it off. Gaining this much weight in 26 days tells me my metabolism is just dead and ANY indulgence will be met with heavy penalty.

I am just trying to wrap my head around the numbers. I wanted to believe my TDEE was hovering around 2000(day) but the numbers are telling me that is waaaay off base, or I wouldn't have ballooned so fast this month.

Anyone have an opinion about the above?