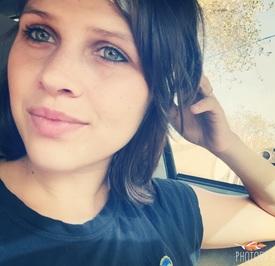 california_haley Posts: 220 Member
April 2014 in Chit-Chat
Okay so i wasnt sure where to write this but i had to get it out. A little background, i havent spoken to or seen my mother in almost 10 years, and thats the way i like it. My father on the other hand i absolutely love that man. however he is, difficult to say the least. basically i moved in with him and stopped speaking to my mother when i was very young, he raised me pretty much on his own (i didnt get along with his live in gf) since i was 11 years old, im now 20. he taught me to be responsible and independent. i moved out when i was 17, just a few months before my 18th bday, because i graduated early from high school.

when i was a freshman in high school his live in GF who was very sick passed away. so it was then just me and him, and life was well pretty freaking great. i graduated high school about 2 months after my 17th bday. and a few months later moved out. i kept working for him, at the company he owns (rock quarry).my father and i got along so well. and then **** all started going down hill, and pretty fast.my father is pissed off at me because

i no longer wanted to work for his company, i had been there for over 9 years before i "quit" i would say thats a pretty good stretch for someone who wasnt even out of their teenage years at the time. how he started treating me at work wasnt fair and i just plan didnt like the work. Rock quarry, i mean is that YOUR dream?
I left to work for my mother in law, and to start my OWN business, that he doesnt, and never has shown any support in.
he is mad because i got married. he got married younger then i did (of course it didnt work out but thats not the point)
he is mad because we are having a baby.
basically i didnt do all the things my "perfect" older sister did and so he is mad, but i dont understand what right he has to BE mad.

i literally have not gotten a phone call from him in almost 4 months, he emailed me on my bday and i called to thank him. and i wanted to chat and he didnt want to. the call lasted not even 2 minutes.

HE got married to his 4th wife recently and myself and most all our family doesnt like her. she is a two faced *****, to put it nicely.

anyways i have kinda been ignoring the issue because whenever i call him he is all business "you have mail here at work, come get it" "dont forget such and such" "okay good 30 second talk, bye"

well today i was talking to my "step sister" (the daughter of the old live in GF) and HE called her on monday asking if she wanted to have lunch. she lives 6 hours away from us. and so on sunday HE is going to drive 6 hours to go have lunch with her (who btw is also pregnant and got married, but no reason to be mad at her i guess) he is driving 6 freaking hours for lunch and i cant even get a damn phone call? how is that at all fair. im his BLOOD child! and not only that but out of his 4 children i was the only one that came to live with him during our parents divorce. his other 3 completely left him, didnt even visit him growing up. he didnt see my brother till he was 19. and didnt see his other two from his first marriage till they were 18, and looking for jobs. i picked him! me, no one else, i picked to be with him. and he got to raise me! and yet i cant even get a phone call. and to make things worse, he will tell my great aunt, who actually calls me, that he misses me, but wont tell me, wont call me, and when i call him he doesnt say a damn thing.

im honestly pretty hurt about the whole lunch thing. am i overreacting?
0