been going waaaay over daily cals for days 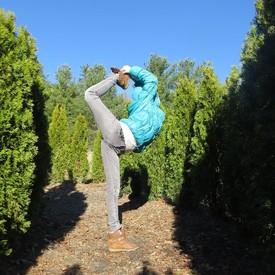 SavinnaMarie Posts: 108 Member
May 2014 in Motivation and Support
I FEEL LIKE I'M GOING NOWHERE AND ALL MY EFFORTS ARE WASTED

i feel upset, depressed, guilt, sad, mad and i hate myself right now! during my first weeks of insanity i was doing great. working out every day, eating healthy and staying under or right on my daily cals limit but like on my 3rd or 4th week, I just spiraled out of control. it started on my birthday. i treated it as a cheat day so i ate what i wanted and didn't worry about calories. ever since, i have been going over my limit/bingeing every other day. it's like the usual cycle that people say when you binge. you binge- feel guilty- restrict- binge again and the cycle goes on and on and on and I've tried not to be too restrictive after a binge and ate food that i needed but I still binge the next day! specially because my family and relatives keep on bringing home food that i like and i don't know why, but i can't control myself. when I see it, I wanna eat it and I feel like i HAVE to eat it. I've never had problems before even when my favorite food is in the house but I don't know what happened to my self control!! there are even times where i feel full but i still feel like eating or i still think that i need to eat or at least put something in my mouth.

yesterday, there was a party in our house and we hired a catering company to serve food. the food was good! but i limited what i put on my plate. i stopped for a while and talked to peple then an hour later, i went to the buffet table again and ate rice, chicken and beef then I got a slice of pizza whenever i pass through the pizza box when i had nothing to do which summed up to 4 slices of pizza. i felt reaaaaally full and drank so much water so i could stop eating but when i saw one of my favorite food, i wanted to eat it so bad so I did -__- and I ate too much! when I drank a little bit of water, my stomach felt like it was gonna burst. it just hurt so bad! it even looked like I was 3-4 months pregnant -__- it really hurt and I felt like puking but nothing came out so I forced myself to vomit by....... sticking my fingers down my throat and I felt better as i got rid of some of the contents in my stomach and it didn't feel like i was gonna burst. a few minutes after that they opened a cake and I ate like, half a slice. -_-

I feel like a pig and i feel like all my efforts on working out is going no where. i've seen improvements before but they all went away. i don't know what to do