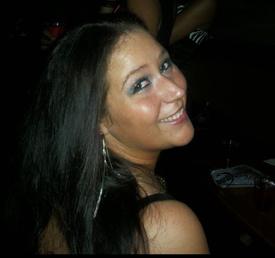 ETLEWISTON, Maine – Army and Navy recruiters took one look at 330-pound Ulysses Milana and told him to forget about joining. "'You've got to lose weight,'" Milana remembers them saying.

But Marine recruiters were willing to work with him as he began his weight-loss journey in December 2007.

It wasn't easy, Milana said, but he managed to slim down through exercise, healthier eating habits and forgoing an occasional beer after work. The 23-year-old said he even refused a beer at his going-away party Saturday night.

Milana said he always wanted to follow in his family's footsteps by serving his country. His wife, Latoya, also comes from a military family.

Much of his weight-loss motivation came from Latoya, a nurse, who helped him reduce his calorie intake when he began his effort in earnest last December.

"It was really difficult for him at first. He always said, 'I'm gonna lose weight.' But I never took him seriously," Latoya told the Sun Journal newspaper. "Then, when he started to do it, I told him he needed to cut his portion sizes way down."

Marine recruiters also worked with him, helping to develop a workout regimen.

"You can sit there and preach and preach, but if you're not willing to help, then it doesn't lead you to success," Staff Sgt. George Monteith said. "If I say, 'Go lose weight and I'll see you in a year,' then what kind of help have I offered to make that happen?"

A former culinary student, Milana said it was a challenge to give up favorites like pizza and hot wings, but cracking open a cold beer after work was perhaps the toughest guilty pleasure to abandon.

"It was really hard. You see all your friends drinking beer, and you're like, 'Oh, man, I want one,'" he said. But his determination kept him on track, and he would head for the gym or don a head lamp and go out for a run.