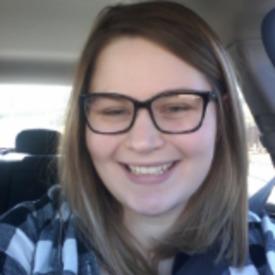 Adah_m Posts: 218Member Member Posts: 218Member Member
in Debate: Health and Fitness
So please don't get nasty with me for the re-post as there are a lot of people talking about the NY Times article about the biggest loser contestants, and I have read SEVERAL of these threads, but NONE of them answer any of the questions that are in my head. It also appears that a lot of the people discussing it did not read the whole article (it's long so I understand) but please do not respond unless you have read the entire thing and understand the science in it. http://www.nytimes.com/2016/05/02/health/biggest-loser-weight-loss.html?_r=0

1. Most people are responding that they don't care if their bodies burn less calories than another person their size because it's only their personal experience that matters- but this is hardly what I'm concerned about. What I'm concerned about is that if you have extremely low leptin levels and constantly feel hungry after losing significant weight. Eating fewer calories isn't that hard- it's eating fewer calories when your body is screaming at you that it's hungry- all the time. This has been my experience since losing 150 lbs years ago. I am always hungry- painfully so, sometimes. I've had many episodes of sitting on the floor in front of the fridge crying- because I know I shouldn't eat but my stomach is growling and I feel weak and awful. Has anyone experienced the problem of being constantly hungry after losing weight? Do you feel hungrier than the people around you?

2. Has anyone ate at a deficit (while weighing their food, counting everything, and not overestimating exercise calories, et cetera) and still gained weight? While pregnant (which meant I should have been burning 300-500 extra calories per day) I ate at 1600 cals every day (should have been a decent sized deficit) while logging religiously and carefully, and I still gained 90 lbs by the time I delivered. Please do not try to call BS- because it is 100% true and I was really angry about it, but now I'm starting to think this article just explained why. I want to know if anyone else has had something similar happen.

3. A lot of people are chiming in that have lost <50 lbs. I'm interested in the experience of people who have lost over 100 lbs and have kept it off, or failed to keep it off (even with diet and exercise) for 5-10 years or more. Extreme weight loss is a different ballgame than losing 25 lbs and keeping it off for a few years. Of course, every success is worth celebrating, and generally I wouldn't minimize, but losing less than 50% of your body weight just doesn't contribute anything to this conversation. Based on what I read in the article it appears that the metabolic damage and leptin issues that occurred for the participants were proportional to the amount of weight they lost, so if you lose 30 lbs you're not going to be suffering from having almost no leptin in your body and feeling constantly hungry as a result.

4. If you DID manage to lose 100 lbs or more and keep it off for many years- how long did it take you to lose the weight to begin with? I'm curious to know whether it's the extremely fast nature of the weight loss that sent these contestant's bodies into shock and created all of the metabolic issues. I'm wondering if losing a few lbs a month will go unnoticed by the body or if it will produce the same issues.

5. I'm interested in whether anyone had liposuction after or in conjunction with losing significant weight through diet. I have seen people speculating that once you have fat cells in your body, once you shrink them, they are still prone to store fatty tissue again more easily, so a person who has been obese once can gain the weight back easier because they don't have to create new fat cells. If that's the case, if anyone has had lipo and a huge amount of these cells were actually removed from your body as a result, I'm wondering if you found it harder or just as easy to gain back the weight.

6. Just a few disclaimers- please do not chime in just to talk about how it's all CICO and anyone who thinks gaining weight is more or less than that is wrong. We know it's about CICO- but if you don't think that a lack of leptin making you constantly insatiably hungry or a body that burns 800 calories less than the MFP calculations tell you that you're supposed to be burning isn't an issue, than you're oversimplifying things and you're being grossly insensitive to those of us who are following the rules of the mathematics and who understand the science and still aren't getting results. If you have ever lost 100-150 lbs and then found that NOTHING worked for you after that, then you know what I mean. I have lost significant weight and then followed the MFP calculations religiously in an attempt to get the final 30-50 lbs off and nothing happened. I was maintaining when I was supposed to have a daily 500 calorie deficit. Some weeks I would even gain. I kept lowering my deficit and getting angry that the math was betraying me, and I had to get all the way down to 550 cals a day before I was losing again- which was absolute torture and isn't healthy. I am desperate to know if there's just going to be a number that's so low that you can't lose any more weight without exercising to excess to create deficits.

7. Did anyone lose their significant weight with an alternate diet (not strictly CICO) like keto, and did you struggle with regaining weight? Did anyone lose weight in conjunction with body building or lose weight and then bulk up with muscle and have a difficult time keeping the weight off? (There is some promising research on a ketogenic diet and metabolism issues, and I'm also wondering if bulking muscle mass would fix the slow metabolism since muscle has a higher resting metabolic need than other tissue.) The whole time I was reading the article, when the contestants were describing their methods to create 3500 calorie deficits daily- of course I was thinking that's just not healthy. It makes sense that it would do some damage- and we know that spending 7 hours a day on cardio is not the best approach to begin with- (catabolism, adrenal stress, et cetera) and that HIIT and weight lifting are far more valuable ways to spend your gym time.

Thanks all. I hate to be so honest about the types of answers I'm looking for but I just spent 45 minutes scouring other threads and haven't really seen many credible answers to these questions from people who might be actually experiencing these issues (people that have lost extreme amounts of weight.)
May 4, 2016 1:30AM edited May 2016
2