Can diabetes really be prevented with diet, exercise and a normal BMI - despite family history? 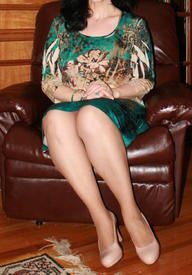 My mother acquired diabetes a few years after that. My father just plain sits on the couch and watches the news a good part of the day. They both live overseas (not in the US).
My mom was almost obese when she was diagnosed and she was a major emotional eater due to some problems related to my brother - but she lost weight ever since. My father is overweight too.

What are my chances of NEVER getting diabetes if, unlike them:

1. I will work to keep my BMI at a normal level.
2. I exercise daily and make sure to get in at least 10,000 steps a day (not just the hour of intense exercise).
3. I stay on top of diet and do low-carb, avoid sugar, take blood sugar lowering supplements, whatever.

Last year I had a BMI of 24.8 but I have put on some weight over the past few months due to work-related stress. I am on my way back down to 24.9 which would make me "normal".
My fasting blood sugar varies from upper 80's to mid 90's on a home testing device (Relion) which, in my experience, shows higher values than doctor's lab.

I am so terrified of getting this illness given my family history.

Please someone tell me I can avoid it altogether if I BEHAVE long term - per diabetes guidelines.