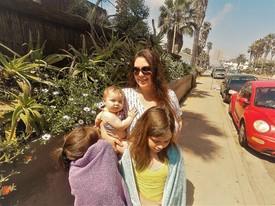 The5thGoldenGirl Posts: 12 Member
May 2017 in Motivation and Support
So, I joined myfitnesspal one week ago today and although I knew I would encounter some challenges, I wasn't prepared for how difficult this would be and for what I would learn. I've been using this week to try my absolute best, but be forgiving of my short comings while trying to learn things about my eating habits.

First off, my biggest problem is binge eating. I've had this problem ever since I can remember, and it was always something I went to no matter how I was feeling; happy, sad, alone, bored, worried, and anything else. So actually having to sit with those feelings this week has been really, really hard.

But anyway, here's what I've realized:

1. As hard as it is to not binge and overeat until extremely fullness, I've found that going to bed after a successful day/night of not giving into my urges feels 50000000 times better than he feeling I get when I do binge eat.
2. The feeling I get when I don't give in to the urge to overeat feels a lot like the control I would get from overeating. Meaning, overeating would make me feel in control when I wasn't in control of anything else because at least them I was in control of how much I was eating and how it made me feel. So, the control I get from not giving in feels similar, but way better.
3. Trying to defeat someone who is 100% against you is hard, especially when that someone is yourself. It's really weird at one moment saying to myself, "I dont need to eat, I ate enough today and I can wait until tomorrow morning" and the next moment saying, "But tomorrow is a new day, is I just eat xyz tonight then I'll get it out of system and tomorrow will be a fresh, easier day." And I believe both statements right after each other. So while I'm telling myself while binging is okay, I need to make a strong effort to tell myself that it's not okay, and it's really conflicting.
4. My boyfriend is my downfall! I love my boyfriend to death, but he is so thin and he works is a really physical job where he can eat whatever he wants whenever he wants and does so. When I'm alone (which I was all week) I controlled myself and felt great. Then, with my boyfriend this weekend, I've eaten ice cream and fast food probably 4 times, and I have such a HARD time saying no. I know I need to control myself, but I've realized just being around him makes things more challenging.
5. I didnt realize how deeply sad I was with my size. I told myself well, I dont care what anyone thinks. But I realize *I* don't like the way I look, and it's really getting me down while also motivating me to keep trying to eat well.
6. I can do well all day, but at night, kids in bed, sitting alone, that's when saying no becomes way harder.

So basically, that's what I've learned this week and now I kind of know what I need to work on. I had 5 really good days, 2 really bad ones and tomorrow I guess I'll take everything I learned and try to do better.

What's everyone else learned about themselves so far?
8