It happened like in the movies, and I can't stop smiling, my revenge? 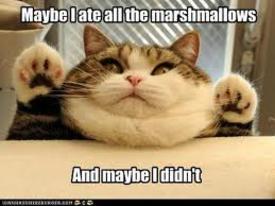 batgirl_273 Posts: 70 Member
July 2017 edited July 2017 in Success Stories
Here's my story (its long but for any girl who has ever been dumped for their weight, this is for us.)

3 months ago, I was 'dumped' by a guy I really liked and clicked with for several months. He very unexpectedly text me one day that he "kinda sorta started seeing someone else that maybe could get more serious". His parting words to me were "you've been a good friend, see ya". It hit me like a ton of bricks. I was sad, angry and pitiful. I was convinced he left me for someone thinner. Prettier. It just didn't make any sense and we haven't spoken since. I deleted him from my life and he seemingly did the same.

I got to work immediately after this happened. I didn't sit around and feel bad for myself, and anytime I was feeling that way, I got up and went for a run or did something else active. Surrounded myself with friends. Stayed busy. I set out to make July 12 my goal date to lose at least 40lbs. Ambitious, I know, but I hoped I could do it. July 12 was significant, because we were both attending the same event, though he didn't know I was going. My starting weight at 5'9 was 257lbs at the time he dumped me.

I busted my butt everyday for these 3 months. 1 hour a day working out. Tracking calories like an obsession. My colleagues put up a big sign that said "July 12" to remind me why I was doing this and to resist constant temptations in the workplace. Although he was my initial motivation, as I started to feel better and see a difference, it became about me. I was finally happy, healthy, and loving the way I'm looking. My journey continues.

Yesterday was July 12. I went to the event with friends and had an amazing time. I thought about him for a brief moment but it passed. I had a great time and didn't run into him. Whew!

On the way home, my phone buzzed. I quickly checked it and remembered the number. It was him. You know when you get butterflies and a lump in your throat like you wanna throw up? That feeling. "Hey CT. Was that you I saw at the show?" it read. I responded curtly. He engaged further trying to open up conversation and inside jokes like we have talked this whole time. Then he finally said "I was thinking you look good" and asked how I've been doing and if I've been working out. After some small talk, I ended the conversation with "see ya", as if the tables had turned. Different kind of bricks hit me this time. And it was the brick of accomplishment and the biggest FU I could have ever given him.

I now weigh 215, for a total of 42lbs loss since the last time he saw me. I am more motivated than ever to keep going and have no intention of talking to him again. But to have that satisfaction is a feeling I can't even describe, but this is for me and no one else.
144
«12»