Salt addict trying to justify herself... 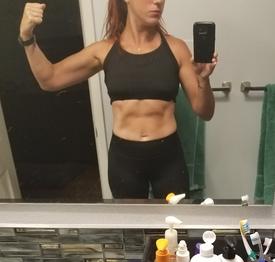 jenifer7teen Member Posts: 205 Member Member Posts: 205 Member
in Food and Nutrition
I have a salt problem. I've always argued that my body craves it because I have low blood pressure. Lately I've wondered if because I sweat A TON during my workouts if I can justify my salt intake somehow that way... any thoughts? Or am i just crazy? How important is it in an otherwise healthy person to have low sodium intake??? It's hard for me to gauge but I'd say it's certainly more than 3000 per day? (I don't always include extra table salt in my diary and since I cook a lot it's really hard to know for sure how much sodium per serving ).
July 25, 2017 2:42PM edited July 2017
1