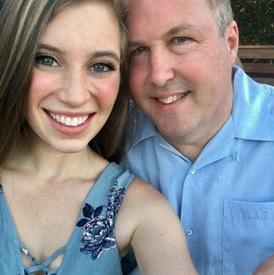 sfaust2196 Member Posts: 30 Member Member Posts: 30 Member
in Goal: Maintaining Weight
Hi all! So, I am a 21 year old college student recovering from an eating disorder and seeing a therapist. My insurance does not cover nutritionists if you aren't obese, so am doing a lot of i independent research. I am 5'10'', my lowest weight was in May at 128 pounds eating 1200 calories a day and exercising for 2+ hours a day. Now, I am 134 pounds and eating 1600 calories most days with a few days 1400 and a few 1800, depending. I workout about 5 times a week- mile warm up, then i lift weights for 40ish minutes, and then 30 minutes on the stair master. I am active walking around campus a ton and always hit my 10,000 steps.
BUT I am gaining weight on 1600 calories!!! I am eating only healthy foods-
breakfast: greek yogurt with berries, or toast with egg whits and avocado
lunch: salad without dressing with avocado and chicken and veggies
dinner: shrimp or fish with sweet potato and a butt load of steamed broccoli

What am I doing wrong?! I would love to get my maintenance up to 2500 calories. Should I slowly increase calories 100/week, even though I am already gaining, or just take the plunge and start eating 2500/day now and accept that ill gain 10 pounds?

I can not take the excessive planning of what and how much I am going to eat and how I will fit in the social activities! Any advice?
September 18, 2017 8:21PM
0