Its hard being a traditional romantic in a hook up culture. 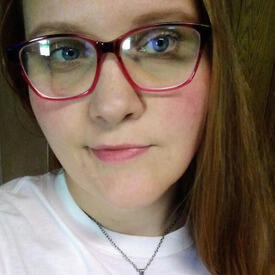 Been living with my bf for almost a year. We are nearly perfect, great communication, no arguments, if we have disagreements we just sit down and discuss it without getting emotions too involved. I'm 100% comfortable with him and vice versa. We have almost all the same beliefs and values, minus one thing..

Over the last year he's mentioned a few times,usually after some drinks,that maybe some day down the road he might want to sleep with someone else. Not out of love, just to have sex, he's only been with two people including me and missed out on a lot of teenage and 20s experiences. We're now in our 30s, he talks about wanting to settle down, do the family/kids thing, just that "maybe one day I might want to hook up with someone else. I'd still love YOU and come home to you, I'm just a man and I feel like I never got to 'sow the wild oats' " thing..

I'm 100% monogamous, and he claims to be monogamous as well but there are these "maybes" he brings up. I try not to react emotionally, but I couldn't help it last night and ended up crying hysterically. He freaked out, backpedaled and said "well I'm not really even that type of guy, its just a hypothetical scenario, I'm just being honest because we never know what will happen down the road. I love you, I don't want to hurt you, I want you in my life" etc...

I dunno. I feel like the damage is done. I don't want to spend a decade wondering if today is the day he'll say he needs someone else in the bedroom. I'm stuck between what I want (staying because I love him dearly) and what I think I should do (leave before we get even further involved)

Am I overreacting? All comments are appreciated, men included, you guys will probably understand his way of thinking and be able to explain it more than I can.