Fasting For 12 Hours Per Day 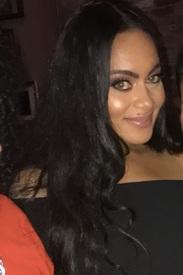 mtoyia Posts: 9 Member
February 2018 in Food and Nutrition
Thoughts? Anyone Doing This Already?

Dieters hoping to shed the pounds should watch the clock as much as their calories after scientists discovered that limiting the hours we eat stops weight gain.

Confining meals to a 12 hour window, such as 8am to 8pm, and fasting for the remaining day, appears to make a huge difference to whether fat is stored, or burned up by the body.

Researchers at The Salk Institute in the US, said it adds more evidence to studies which show that eating late at night causes weight gain.

"These days, most of the advice is, 'You have to change nutrition, you have to eat a healthy diet,'" said associate professor Satchidananda Panda

"But many people don't have access to healthy diets. So the question is, without access to a healthy diet, can they still practice time-restricted feeding and reap some benefit?
The researchers studied 400 mice, ranging from normal to obese who were placed on various types of diets and lengths of time restrictions.

They showed that mice which were fed a high-fat diet, but allowed access to food for only 12 hours per day, were healthier and slimmer than mice given access to the same food for the whole day, even though the two groups consumed the same number of calories.

The results were the same even if the diets were high fat, high sugar, or high fruit sugars.

The study also suggests that the odd blip is unlikely to make a difference. A late night weekend takeaway, for example, is unlikely to harm the body's metabolism. However regularly eating at night would have a big impact.

Mice who had become obese by eating whenever they liked during the day, lost five per cent of their bodyweight, when put on restricted within just a few days. At the end 38 week study, they were 25 per cent lighter than the group who had continued to eat freely.

Although mice on a healthy diet did not lose more weight, they gained muscle mass, the study which was published in the journal Cell Metabolism showed.

"It's an interesting observation that although the mice on a normal diet did not lose weight, they changed their body composition," added Prof Panda.

"That brings up the question--what happens? Are these mice maintaining their muscle mass which might have been lost with free feeding, or are they gaining muscle mass?"

A second study found that sticking to a Mediterranean diet can protect the DNA from ageing.

Researchers at Brigham and Women's Hospital (BWH) in the US found that a diet high in olive oil, fresh fruit and vegetables and nuts, was associated with longer telomeres.

Telomeres are the protective caps which sit at the end of chromosomes and prevent damage to the DNA, much like the plastic caps on the end of shoelaces.

Previous studies have shown that short telomeres are associated with disease and advanced ageing.

"To our knowledge this is the largest population-based study specifically addressing the association between Mediterranean diet adherence and telomere length in healthy, middle-aged women," explained Immaculata De Vivo, PhD, MPH, an associate professor in the Channing Division of Network Medicine at BWH and Harvard School of Public Health and senior author of this study.

"Our results further support the benefits of adherence to this diet to promote health and longevity."

Dr Mike Knapton, Associate Medical Director at the British Heart Foundation, said: “This large study adds to the body of evidence that longer telomeres are found in those who eat a Mediterranean diet.

“Longer telomeres may partially explain the link between diet and risk of cardiovascular disease.

“Previous findings from the same study had shown that those with unhealthy lifestyles had shorter telomeres.

“These results reinforce our advice that eating a balanced and healthy diet can reduce your risk of developing heart disease.”

The study was published in the British Medical Journal.”
2