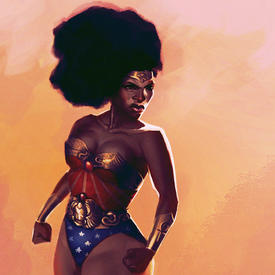 TeachergirlCeleste Member Posts: 66 Member Member Posts: 66 Member
in General Health, Fitness and Diet
Hello everyone I am having some major issues going on with my reproductive health that concerns me. It all started almost a year ago when I caught a sexually transmitted infection(trich). It was cured. Suddenly after I began to have cramps. These cramps have been on going for months until last week I finally had relief. I thought that maybe it was due to me losing weight and taking one a day woman vitamins. However, I am second guessing everything. Even the doctor that told me many months ago that I had ovarian as which was why I was experiencing the pain in the lower abdomen and back.
My period was due last week but it never came. Well, yesterday after working out I took a shower and noticed small blot on the wash cloth I was using. It alarmed me and today I noticed much more small blood clots with thick discharge. I still have not received a full cycle. The cramping and lower back pain is now gone
I read everywhere about what causes this and everything leads to HPV or cervical cancer. I have a doctors appointment with gyn on Wednesday. My last pap smear was normal
My mother who is a nurse still believe it to be hormonal.
Finding out this news and having theses symptoms have discouraged me from wanting to be healthier. I am so afraid of having cancer.
What were your symptoms of cervical cancer, ovarian cyst or any other reproductive health issues
March 3, 2018 3:29AM
8
«12»