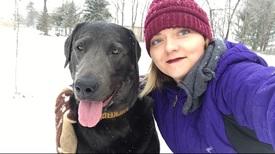 FurMom77 Posts: 6 Member
May 2018 in Fitness and Exercise
Alright, I know everyone is different but...

Today at my fitness class, according to my “VeryFitPro” fitness/ HR tracker, I burned 272 calories. My max heart rate was 122, the average was 87. Just to be clear, during the class you never stop and you sweat. It’s an hour long workout and it’s a workout! Having said that, my fitness instructor commented according to her watch, I believe she has a Fitbit, she/we burned 1017 calories.

My question is, is it possible for us to be that far apart? It seems incredulous but what do I know?! This isn’t the first time she made the comment on how many calories burned and my FT has disagreeed.