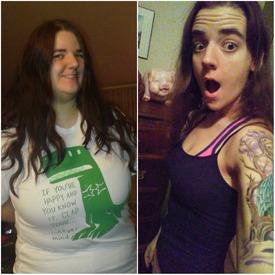 AshFace22 Posts: 25 Member
December 2018 in Food and Nutrition
I have been actively tracking my calories and always always ALWAYS staying on track and maintaining my weight for the past two years. I have lost a total of 130 pounds and kept it off for such a long, long time-- even today! I workout happily, always doing my best to stay on the move on and off the gym, and have a fairly loose eating schedule. I've always managed to stay within my range (1900-2200 a day)

Today, however-- I got the overwhelming urge to just binge eat so much chocolate, and no matter how far back I shoved those cravings in the back of my mind- I just couldn't shake it. Everything I saw-- it was pure chocolate. I must have at LEAST pounded back over a thousand calories in chocolate alone. I'm 5'11'' and about 139-142 pounds. I'm kind of freaking out a little bit because, of course, I don't want this to be a permanent habit for me or for me to ever think this was an 'ok' feat. I haven't really "cheated" or had a whole day to eat whatever I wanted (Ie, a whole pizza with a side of garlic knots and cheesecake for dessert) I know it happens to the best of us-- I just don't know what to do. And to make things worse-- I barely broke 1000 steps! It was a total Veg out day, as well. Something I've never done either! Even when I wasn't at the gym!
1