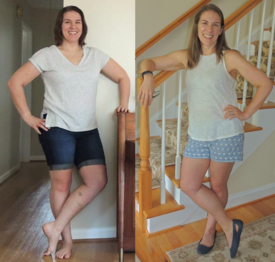 slbbw Posts: 330 Member
June 2019 in Health and Weight Loss
I have been getting full body hives every so often the last couple of months. This bout is the first I can recall being both delayed and possibly related to lifting and not running. Anyone else get this. It's not consistent, so I am not sure how to avoid it. Also in case anyone asks no new foods or lotions or detergents or anything. It always follows an intense run or lifting session, but not every one.