Anyone have an autoimmune disease? What are your symptoms and how do you manage your illness? 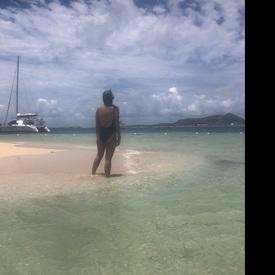 SaraJ429 Posts: 50 Member
July 2019 in Health and Weight Loss
Hi all! I (30F) will try to keep this short & sweet. I am overall in very good health physically but have struggled with terrible depression and anxiety nearly my whole life. It started to get really bad at 18 when I first left my small hometown for a huge state party school where I knew not one soul.

I have tried EVERYTHING to manage my symptoms which include

Dull but frequent back pain

The strange thing is, there is no one "trigger" for my depression/anxiety. I can be on cloud nine for weeks or months only to have it all come crashing down the next day when I wake up in pain & feeling like overall *kitten*. At this time, I have tried talk therapy, numerous prescription anti-depressants, herbal supplements, meditation, yoga, traveling, socializing, every type of recommended diet and more. I am financially stable with a loving partner, friends and family so there are little to no outside stressors in my life. I regularly exercise and get plenty of time outside in the sun. I have relaxing hobbies that help a bit like kayaking, reading, hiking and such but nothing that provides any long term relief. I work a desk job which is very difficult when I am feeling bad but I make sure to take frequent breaks/walks.

I live in the Northeast US where the weather tends to be very hot and humid in the summer. For reasons unknown to me (at the time), my symptoms are the worst in July/August and tend to get a lot milder once September hits. I casually mentioned to my mom (who has been a very well-respected nurse for over 30 years) today how my mental health always takes a nosedive this exact time of year. She looked like she had an "A-ha!" moment and told me my symptoms sound almost exactly like my father's before he was diagnosed with rheumatoid arthritis, which runs in both sides of my family. I also had Lyme disease as a child so she mentioned that could be it as well. It's not a definite diagnosis (obviously) but would explain SO much - like why I never responded to depression/anxiety treatment and why my mental health seems to be inconsistent.

I spoke with my cousin who is a naturopathic doctor. She agreed with my mom's consensus and is going to run bloodwork on me in the next week or so. She is leaning towards Lyme or mold disease.