So depressed and alcohol has become my bestfriend 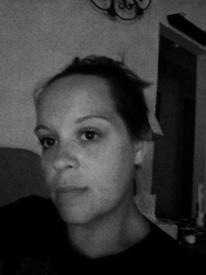 Jmbean84 Posts: 261 Member
September 2019 in Motivation and Support
So...back in 2012 I lost 60 pounds and over 60” in 4 months....I counted calories. Starting out at 1200 and moving up to 1400. I used 30 min shred by Jillian Michaels and ate healthier than I had ever eaten in my entire life. I went from 250 down to 190....then the holidays came. I come from a family that makes dozens upon dozens of cookies from October they the new year. That did it for me. I gained 30 lbs back. I quit counting calories, started eating horribly again....I’ve lost 10 lbs here and there but always gained it back and then some. I’m currently sitting at about 270 which is the most I have ever weighed in my life. I struggle so hard to get back the original motivation. There’s a lot of factors for my depression....we are broke, everything keeps breaking down (washer, drier, cars, etc). I have no motivation to do anything anymore. I started doing shots of vodka or rum to get through back pain (from previous car accident) while we were installing hardwood floors in my house. It became a habit and I can’t kick it now. I don’t eat terrible but I don’t track either because I know whatever I drink is packing on the cals. I want to lose weight so bad but there’s no support here. My SO says he wants to do it with me but his will power is worse than mine. He says “show me what to do and I’ll do it”. It when I have no motivation for myself, how can I help him??? It’s a viscous circle and I can’t seem to break it.
14
«12»