How should I increase my caloric intake after being in a deficit for so long? 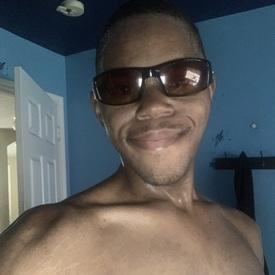 Sheltone506009 Posts: 2 Member
November 2019 in Health and Weight Loss
I think I’ve had ask a similar question on here before but here I go again.

I’ve now been on the ketogenic diet for 6 months now and as a result I’ve lost about 100 pounds. I’m down from 260 pounds since April of this year and I’m currently sitting at about 168 pounds after an overnight intermittent fast in the morning since last time I remember weighing myself last.

I’m honestly a little hesitant to increase my caloric intake. I see results and for better or for worse and the number shead off the scale however my deficits are massive.

My deficit typically are 2000+ and I tend not to drop it below 1000 and I’ve been at this consistently. I’m trying to meet my final goal of 148 pounds and have as a little body fat as possible yet maintain some muscle so I need to close that gap otherwise I’m just gonna be a skeleton or worse at this rate.

Yeah, I push myself. And.... I don’t know if my metabolism has been affected or not. So here’s some solutions I tried to remedy the situation.

For one: I’ve have attempted to slow down and eat more and be less aggressive in my approach with working out, however there’s only so much I can do due to burning a decent bulk of my calories due to my job.

Also I’m looking at ways to go about my approach while staying within a budget, my micros which involves still staying keto staying relatively close to 70% fat 25 % protein with minimum carbohydrates and minimum sugar to not raising my blood sugar keeping my foods low on the glycemic index due to being a pre diabetic before I began keto.

I’ve found this to be consistently difficult and I’m looking for suggestions within the community here.
0