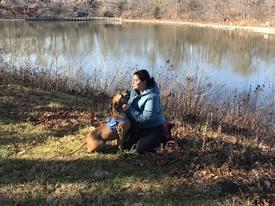 I think this article has a lot of good info in it, and some great suggestions on how to turn things around if you're trying to lose weight.