I can use some advice from long distance cyclists 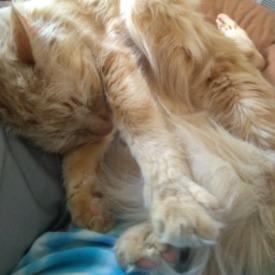 icemom011 Posts: 996 Member
August 2020 in Fitness and Exercise
I have a goal of riding a century within next 3-4 weeks. I usually cycle few times a week, 4-5 rides that are 31ish, some 40 ish miles. Plus some extra commuting to work. To prep for century, i went on a few rides that are 60- 65 miles range, plus some shorter rides. So for last 4 weeks I'm over 638 miles with about 159 weekly average. This past weekend i rode over 157mi combined (65ish+41ish+51ish). That's more than i normally would do 3 days in a row. So kind of feeling a bit of saddle discomfort, even on 31 mile ride today. It has me a bit worried, tbh. So the questions i have for experienced cyclists:
-Could it be done in that short training period? There are days when i feel i will be just fine, but other times I'm not sure if I'm in for a ride i can't complete yet. Normally, i feel that i should have no problems doubling my distance, but maybe that confidence is overstated?
-So should i attempt 80-90 mile ride this week to see where i am? But the soreness for the actual century shortly after makes me wonder. Opinions, please?
Thanks in advance
0