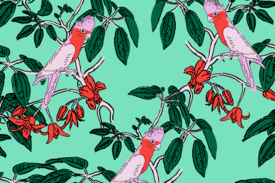 donidaily Posts: 748 Member
July 2021 edited July 2021 in Motivation and Support
I can't stop thinking about this article, in which the author describes how growing up with food scarcity still affects her habits around food as an adult: https://www.bonappetit.com/story/childhood-food-insecurity

I identified with so much of it, especially how feeling like there wasn't enough food to go around lead her to eat in secret, hoard, and race to get her share of family meals. Oof. Some of the lasting effects she describes:

"I don’t have trouble putting food on the table anymore...But I still obsess over food. I am still learning to recognize my own fullness. I’m still trying to stop devouring meals like I did as a kid. I don’t buy snack foods because I know I can’t stop eating them all in one sitting. I don’t sit in a locked bathroom binging, but I have an unconscious perception that food is scarce. My appetite is insatiable in the presence of finger foods. Shared appetizer platters beckon me like a siren: “Eat me before someone else does.” I go bonkers over food waste, wanting to save it from the trash by eating it."

Can anyone else relate? It has really given me a new understanding of some of my struggles with food.
5