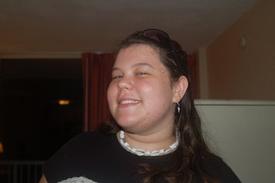 amandadaisylotus Posts: 311
August 2009 in Food and Nutrition
Deceptive little place isn't it? Common sense tells you to avoid the pasta, the cream soups and sauces....

Nothing rings a bell in your head when they bring out that nice salad for you.

I don't like going to olive garden anyway because I LOVE alfredo sauce and their breadsticks so it's temptation galore there.

But I got roped into going (no one told me we were headed there until we were on the way already or I would have not gone period) today for lunch with my grandmother and her friends because they like the soup and salad deal.

So I was frustrated and upset and I figured, I'll just have some salad and get one of their garden fare things. I ate a 4 ounce breast of chicken and two plates of salad.

For a WHOPPING 896 CALORIES.