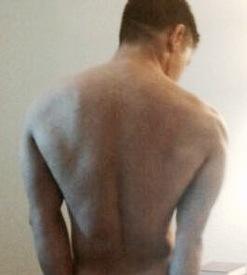 w734q672 Posts: 578 Member
October 2014 in Chit-Chat
"The culture of the places that are infected is perpetuating the Ebola epidemic. All the planes, troops, and paper money that we throw into African nations won't fundamentally change the way African communities live their lives, which involves eating bush meat- the origin of the disease as proposed by scientists. The global community may be able to convince a small segment of the urban elite/ upper middleclass of African nations not to eat bushmeat, because they don't want bushmeat- they want McDonalds. However, you're not going to convince the average tribal farmers/villagers/peasants to simply change their diet. In fact, it would be morally reprehensible to try to convince them not too, because it a standard protein source in their diet. Understandably, most of these people in these infected areas are starving. If I'm starving to death, do you think I give a f- if the bat that I just ate might be sick, especially when I probably don't think viruses exist and illnesses comes from demonic possession? Of course not, I'm going to eat that bat, and I'm going to eat that chimpanzee because it looks tasty too."

I think you need to change the culture if you're going to solve this problem. What do you guys think?
0
«1234»